Unlike the film's poster, a badminton shuttle is not tossed high up in the air 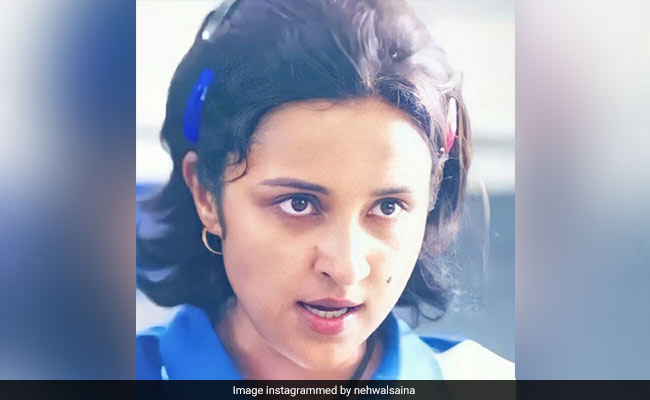 The makers of Saina shared the film's poster and its teaser on social media on Tuesday. While a section of the Internet was busy praising Parineeti Chopra's performance as the stellar badminton player in the film, others questioned the slight inaccuracy in the film's poster based on badminton player Saina Nehwal. The poster, which the makers shared on Tuesday, is largely graphic in nature, where the hand movement shown is more like that of a tennis serve and not badminton. Unlike the film's poster, a badminton shuttle is not tossed high up in the air. In fact, the player must make contact with the shuttle below the waist in the game of badminton. Twitter was quick to notice that and wrote about the oopise.

Several Twitter users thought if the poster was designed by a Tennis fan. Check out this tweet, for instance.

Another Twitter user highlighted the apparent mistake with these words: "Badminton ka serve neeche se hota hai. A tennis fan must have made the poster."

Badminton ka serve neeche se hota hai. A tennis fan must have made the poster

Is it Sania mirza biopic Or Saina Nehwal's

Congratulations !! But is this a tennis serve than a badminton serve

Parineeti Chopra, sharing the film's poster on Twitter, wrote: "Saina, March 26 in cinemas." The biopic, directed by Amole Gupte, was earlier scheduled for a 2020 release. However, it got halted to the coronavirus pandemic, which resulted in nationwide lockdown. Check out the film's teaser here: