Parineeti Chopra wrote, "Me and the entire team of Saina have been taking so much care that I shouldn't get an injury, but s**t happens." 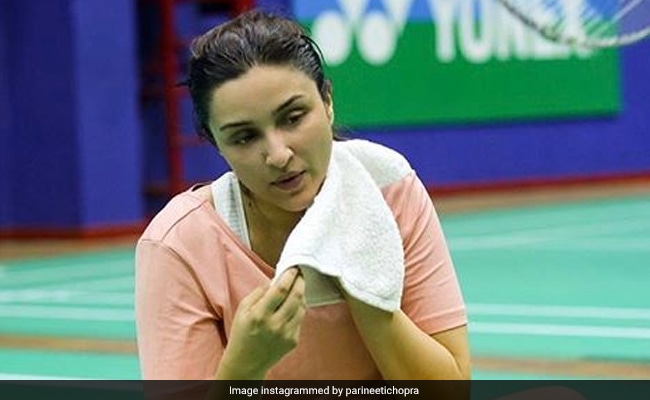 Parineeti Chopra during the preparation of the Saina Nehwal biopic. (Image courtesy: parineetichopra)

Actress Parineeti Chopra said that despite being cautious, she injured herself while preparing for her role in the Saina Nehwal biopic. On Friday, the actress shared a picture of herself, in which she sports a neck support patch and informed her Instafam that she will take a break from the preparatory sessions for some time before resuming the training. "Dude. Me and the entire team of Saina have been taking so much care that I shouldn't get an injury, but s**t happens. Will rest it as much as I can before I can start playing badminton again. #SainaNehwalBiopic," she captioned the post.

Only yesterday, Parineeti Chopra had shared that she will start filming the Saina Nehwal biopic in 30 days. She shared a picture of herself with the ace shuttler and wrote, "30 more days to be her... and live her!! #SainaNehwalBiopic." However, it appears that Parineeti's injury may change the film's schedule slightly.

30 more days to be her ... and live her!! #SainaNehwalBiopic @nehwalsaina

On social media, Parineeti Chopra shared several glimpses from her training sessions for the Saina Nehwal biopic on a regular basis. In many pictures she shared, the 31-year-old actress looked exhausted but pleased with her work.

Getting there ... shoot begins SOOOON! #SainaNehwalBiopic

Parineeti Chopra was roped in to play Saina Nehwal after actress Shraddha Kapoor dropped the film from her list of projects due to an overbooked work diary. Parineeti Chopra prepared for the biopic along with filming The Girl On The Train, a remake of Emily Blunt's film, which was originally adapted from Paula Hawkins' novel of the same name.