"Getting ready to do such a long rally in one take," wrote Parineeti Chopra 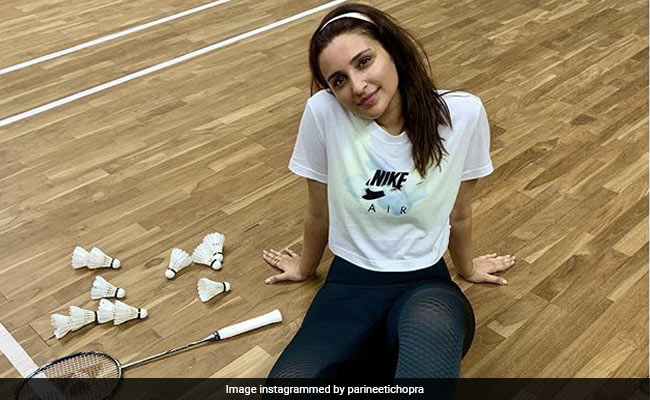 Parineeti Chopra is practicing badminton rigorously for her upcoming project, which is a biopic on renowned badminton player Saina Nehwal. The actress recently shared a time-lapse video of herself on social media, where she can be seen prepping intensely to ace the role. Parineeti frequently shares glimpses of her preparation with her fans on Instagram and in her latest post, she has really nailed it. Sharing the video, Parineeti wrote: "Getting ready to do such a long rally in one take." She accompanied her post with hashtags such as #SainaNehwalBiopic, #Goals and #OneDayAtATime. Here's the video we are talking about:

A few days ago, Parineeti shared photos on Instagram showing her level of energy before and after badminton practice. With her comparison photos, she asked Saina Nehwal how she manages to train so hard. Take a look:

Replying to her post, Saina Nehwal said that she is looking forward to see the actress in her biopic. "Looking forward champ," she wrote and dropped a heart emoji.

Previously, in one of her interviews with news agency IANS, Parineeti said she is a visual learner and to get a hold on Saina's body language and her style of playing, she has been advised to watch Saina's matches. "The most important advice that I got from my entire training team, Amole Gupte sir and everybody was that I must watch Saina's matches. I haven't watched that many badminton matches and I really want to play exactly the way she plays," she told IANS.

The biopic, produced by Bhushan Kumar and Divya Khosla Kumar, will go on floors from October this year. It is slated to release next year.