"We will start in October once I get better at Badminton," said Parineeti Chopra 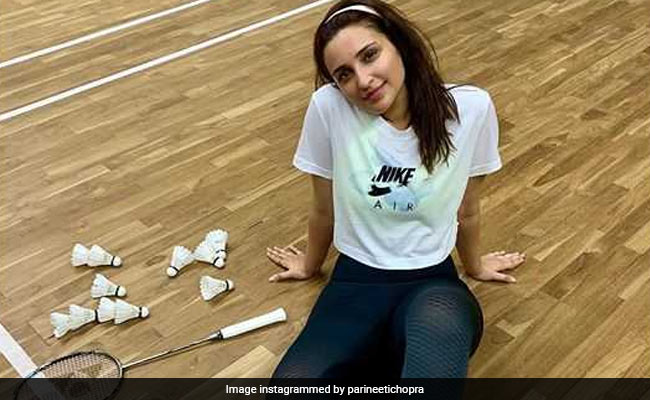 Parineeti Chopra shared an update about her forthcoming project with her fans on social media on Thursday evening. In her post, the 30-year-old actress revealed that she hasn't started shooting for Saina Nehwal's biopic as of now and that she is currently learning how to play badminton. Parineeti also stated in her tweet that the film is expected to go on floors in October this year. "Hi everyone, we have not started the shoot of Saina yet. I am still learning how to play badminton. We will start in October once I get better at it." Parineeti signed off her post saying, "4 months to go."

During an interview with news agency IANS earlier this year, Parineeti said that as a part of the film's preparatory session, she binge watched several badminton videos on Saina Nehwal to get her body language right. "The most important advice that I got from my entire training team, Amole Gupte (film's director) Sir and everybody was that I must watch Saina's matches. I haven't watched that many badminton matches and I really want to play exactly the way she plays," said Parineeti.

Parineeti Chopra announced her association with the project earlier this year by sharing a post on social media and she wrote: "Truly, truly grateful. Thank you." This is the post we are talking about:

On the work front, Parineeti Chopra was last seen in the period drama Kesari, co-starring Akshay Kumar. Parineeti's upcoming projects include Bhuj: The Pride Of India, Jabariya Jodi, Sandeep Aur Pinky Faraar and the Hindi remake of The Girl On The Train.