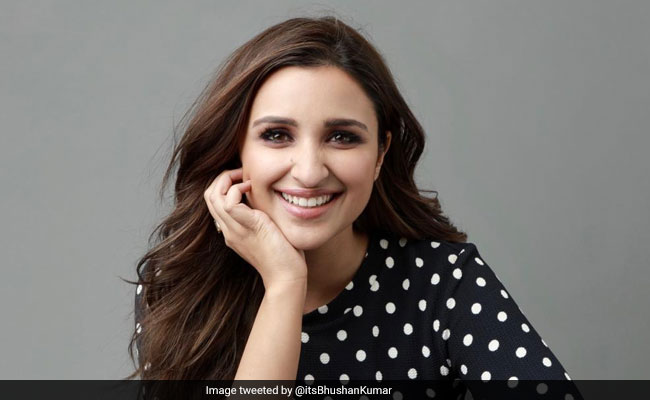 Actress Parineeti Chopra has replaced actress Shraddha Kapoor in the biopic on badminton ace Saina Nehwal. On Friday, T-Series head Bhushan Kumar announced Parineeti's casting in the film but he did not address the reports of Shraddha Kapoor's exit. However, trade analyst Taran Adarsh confirmed that Parineeti has replaced Shraddha Kapoor, who reportedly opted out of the film because of her over-flooded work schedule. The Stree actress also hasn't issued a statement about dropping Saina Nehwal biopic from her list of films. Parineeti Chopra, who is awaiting the release of Kesari later this month, re-tweeted Bhushan Kumar's post and said: "Truly, truly grateful!!!"

IT'S OFFICIAL... Parineeti Chopra to play renowned badminton player #SainaNehwal... She will start training for the biopic soon... Directed by Amole Gupte... Produced by Bhushan Kumar... Filming will be completed by 2019-end... Early 2020 release.

Shraddha Kapoor had started filming the Amol Gupte-directed movie in September after exhaustive training for several months. However, Shraddha was diagnosed with dengue two days after she started shooting and she was advised to take rest. The actress was expected to resume filming in April but she quit the project reportedly due to a long line-up of pending projects. "Despite everyone's best efforts... dates were clashing, so it made sense for Shraddha to opt out. The decision was taken by mutual consent," a source told Mumbai Mirror.

Shraddha Kapoor, who will next be seen in Saaho (co-starring Prabhas), is currently filming Remo D'Souza's dance film Street Dancer with Varun Dhawan. After Street Dancer, Shraddha has assigned dates for Nitesh Tiwari's Chhichhore, co-starring Sushant Singh Rajput. She has also signed up for Baaghi 3 opposite Tiger Shroff.

Earlier this week, Parineeti Chopra had said that she would announce her upcoming projects soon. At that time it was reported that Parineeti is being considered for SS Rajamouli's work-in-progress RRR but on Thursday, the filmmakers announced that Alia Bhatt has been cast in the project also starring Ram Charan and Jr NTR.