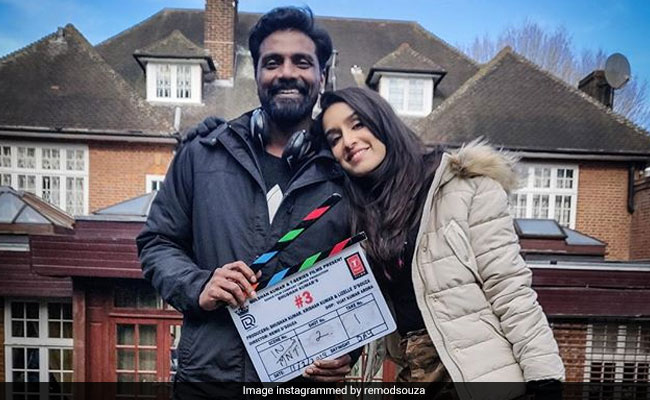 Shraddha Kapoor and Varun Dhawan, the lead actors of Remo D'Souza's dance film Street Dancer, are currently in London where the actors have started shooting for the second schedule of the film. Director-choreographer Remo D'Souza shared glimpses from the first day on the sets of his upcoming film. Sharing a photo of himself standing next to Shraddha Kapoor and holding the clapboard of the film in his hands, Remo D'Souza wrote: "With my lovely actor Shraddha Kapoor." He accompanied the post with hashtags "#day1" "#london" "#streetdancer3" and "#3iscoming". Remo D'Souza, who has earlier worked with Shraddha in ABCD 2 (which he directed), also shared a then and now picture with Shraddha on his Instagram timeline. The filmmaker shared a picture of himself and Shraddha from the sets of Street Dancer and juxtaposed with a throwback photo from the sets of ABCD 2. 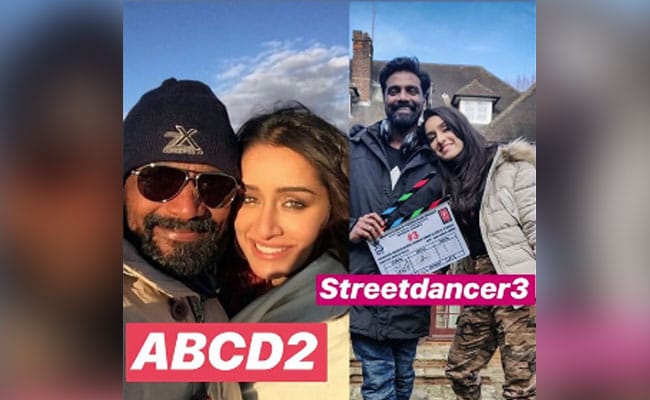 The first schedule of the film was shot in Amritsar last month. Here are glimpses from the first day on the sets of Street Dancer.

Apart from Shraddha Kapoor and Varun Dhawan, the film also stars Prabhudeva, Nora Fatehi, Dharmesh Yelande, Raghav Juyal and Punit Pathak. Shraddha Kapoor joined the cast of Street Dancer after Katrina Kaif opted out of the film because schedule for Remo's film clashed with the ongoing filming of Bharat. "Katrina decided to step out of the film as her dates were clashing with Bharat, which she is currently shooting for. She wishes the team all the best," read a statement issued by Katrina Kaif's team.

The makers also unveiled the first posters from the film earlier this month. Take a look at the posters here:

Oh DEVA re DEVA aya PRABHUDEVA. The god of dance @prabhudheva #streetdancer3d. Very excited to work with this man again he's someone I have always looked upto

Street Dancer is scheduled to hit screens on November 8 this year.