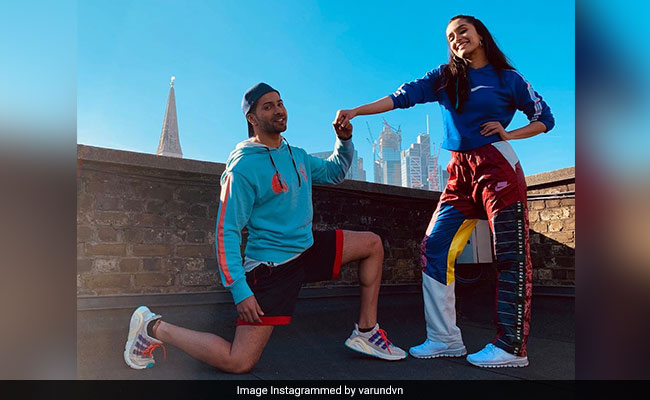 Varun and Shraddha on the sets of Street Dancer 3D. (Image courtesy: varundvn)

Did you know that Varun Dhawan once had a crush on his Street Dancer 3D co-star Shraddha Kapoor? Well, the actor, who was recently on the sets of the TV reality show Dance Plus, to promote his forthcoming film along with Shraddha, during the episode, revealed that he had a crush on the Half Girlfriend actress. In a viral video, Varun can be heard saying: "Inko dekh kar mujhe bhi yaad aaya, bahot saal pehle, mujhe bhi crush hua tha Shraddha pe, actually yeh bahot logon ke liye Aarohi hai, bahot logon ke liye Vini hai, bahot logon ke liye Inaayat hai, lekin mere liye meri Shraddha hai." The video has been curated by several fan clubs dedicated to the actors on Instagram and it has been spreading like wildfire on social media.

Street Dancer 3D went on floors earlier this year. The film is the third installment of the popular dance based ABCD series, directed by Remo D'Souza. The film is slated to release on January 24 next year. Earlier, Katrina Kaif was supposed to play Inaayat's role in the film. However, the actress walked out of the film and Shraddha, who also featured in the second part of the series, was roped in.