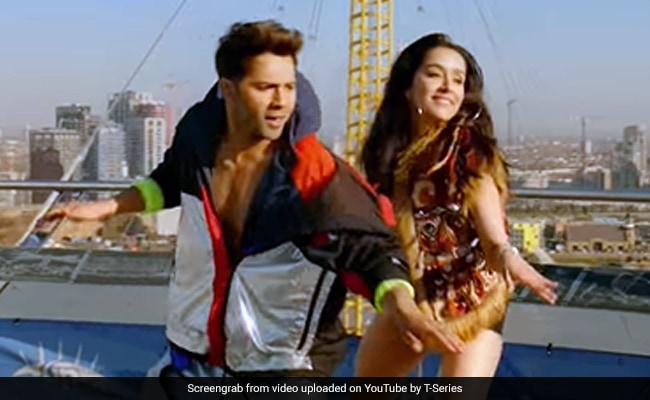 It's here! The much-awaited trailer of Varun Dhawan and Shraddha Kapoor's Street Dancer 3D dropped on the Internet on Wednesday and it is special for many reasons. From reprised versions of classic songs Mile Sur Mera Tumhara and Muqabala to jaw-dropping moves, the film has it all - and it's set against an India-Pakistan dance rivalry, to boot. Varun Dhawan and Shraddha Kapoor are competing dancers on opposing sides of the cross-border divide. He is Indian, she is Pakistani, and there is blood on the dancefloor. Add the rubber-jointed Prabhu Deva to the mix, and you have the most savage dance battle Bollywood has seen in a while.

Come for the dance, stay for the music. To whose tune do Varun and Shraddha dance? AR Rahman's, no less. The Prabhu Deva classic Muqabla (from his 1994 hit Kadhalan/Humse Hai Muqabla) is given new life, thankfully without any fiddling by rapper Badshah. That's not the only familiar sound in Street Dancer 3D - as Indian Varun and Pakistani Shraddha dance-off, director Remo D'Souza ups the patriotic ante with another classic - the iconic Mile Sur Mera Tumhara, originally sung by Pandit Bhimsen Joshi, M Balamuralikrishna, Lata Mangeshkar, Kavita Krishnamurthy, Suchitra Mitra and other singers. As those who grew up in the Doordarshan era know, Mile Sur Mera Tumhara, essentially a promo for national diversity and integration, featured several actors, sports stars and cultural personalities of the Eighties in its accompanying music video.

Introducing the trailer of the dance film on social media, Varun Dhawan and Shraddha Kapoor wrote on Twitter: "They have got the moves and a story to say! Watch them shuffle and let the street slay. Street Dancer 3D trailer out now."