The team of Street Dancer 3D at the party.

The team of Street Dancer 3D wrapped the schedule of their film and they couldn't have celebrated in a better way. On Tuesday, the makers of the film hosted a special party, which was attended by the film's cast. The film's lead pair - Shraddha Kapoor and Varun Dhawan put their most fashionable foot forward at the party. Nora Fatehi, who is the latest addition to the ABCD family was also present at the party. Film's director Remo D'Souza arrived at the party along with his wife while Prabhu Deva came solo. Check out the pictures from last night's party here: 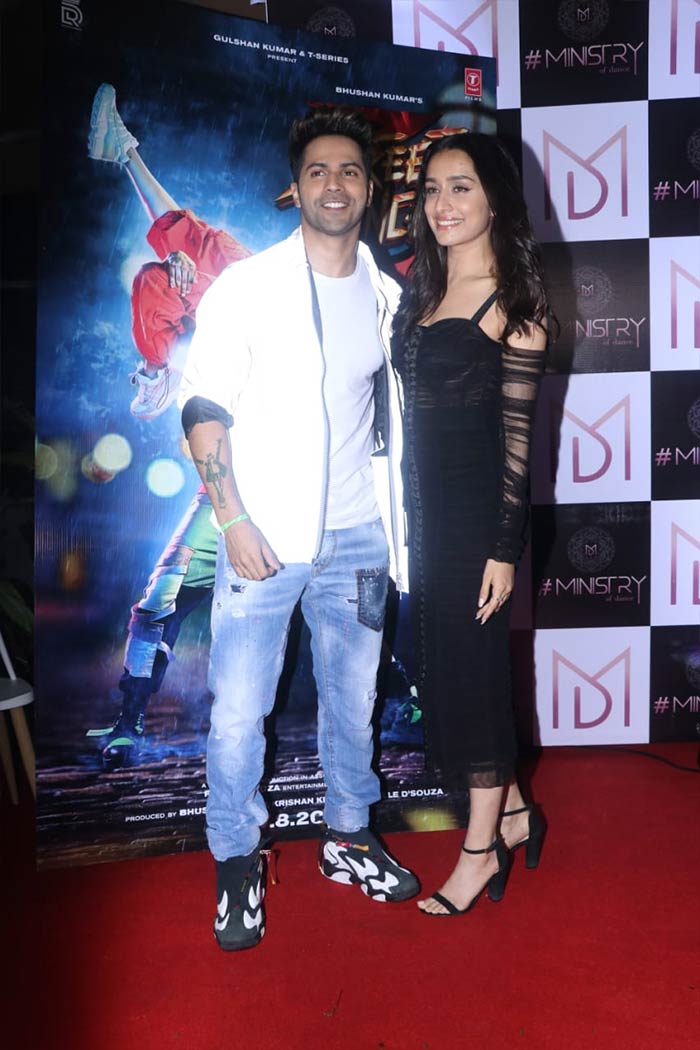 Varun Dhawan and Shraddha Kapoor at the party.

The entire team of Street Dancer 3D happily posed for the shutterbugs. 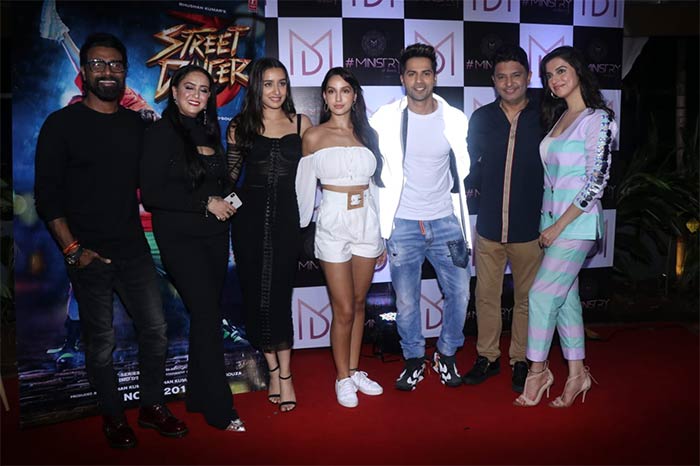 Shraddha Kapoor, who has earlier worked with Remo D'Souza and Varun in the dance-based film ABCD 2, showed up in an all-black outfit. Shraddha picked a black corset dress from the shelves of Dolce And Gabbana. 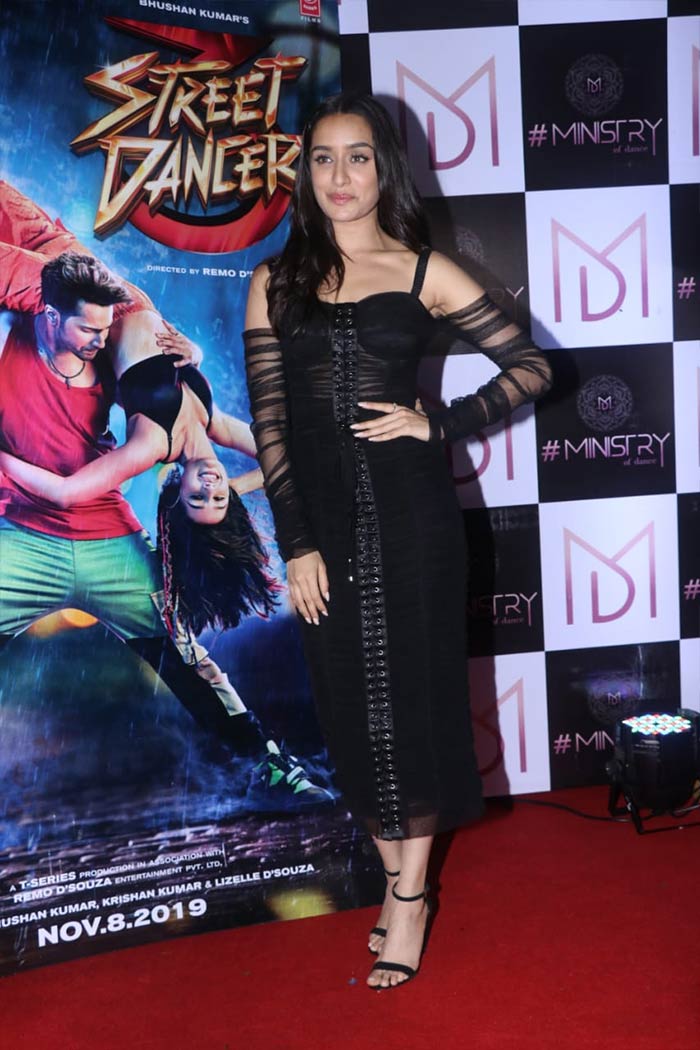 Shraddha Kapoor at the party.

Varun Dhawan opted for a white-on-white look, which he paired with blue denims. We couldn't help but notice the actor's brand new Michael Jackson tattoo. 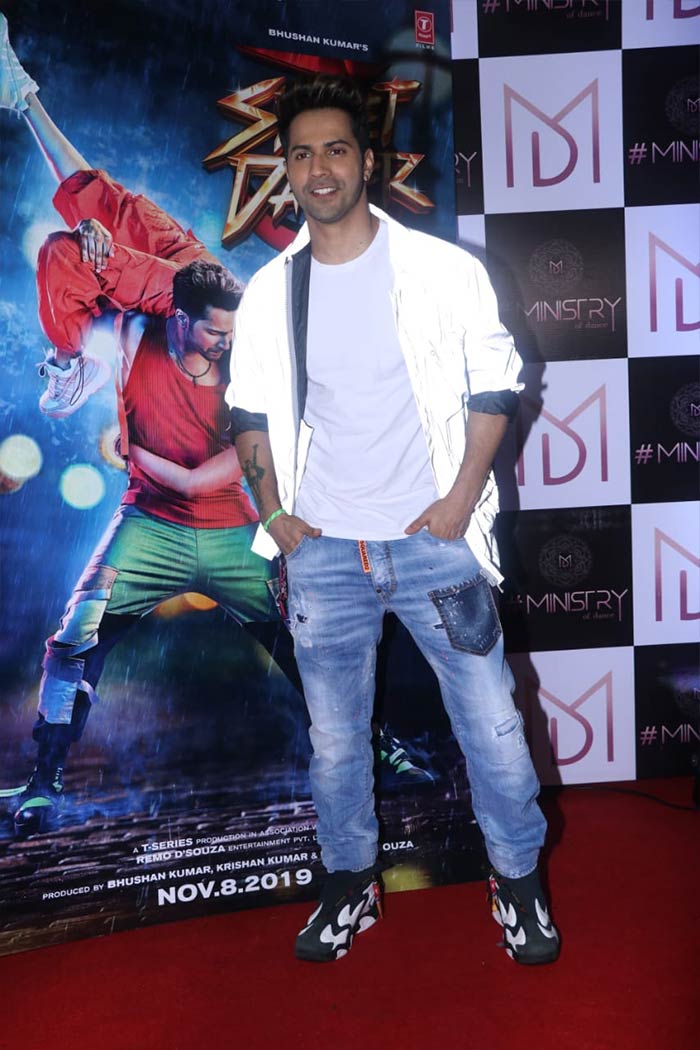 Varun Dhawan at the party.

For the wrap-up party, Nora picked white separates. She accentuated her look with an OTT belt. 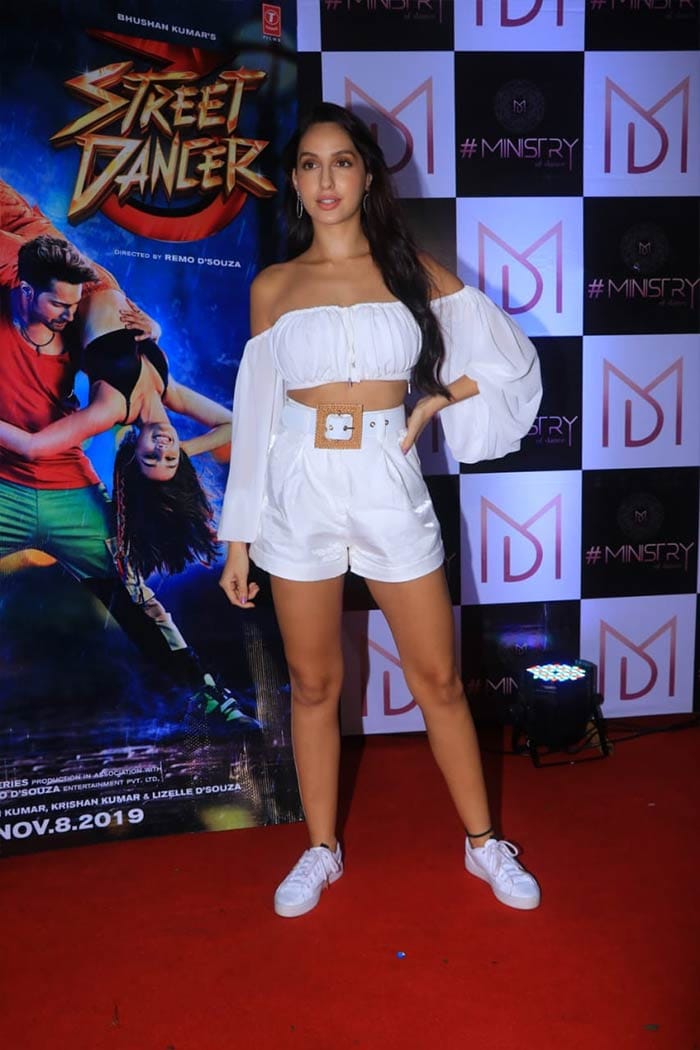 Nora Fatehi photographed at the party.

Here are some more pictures from the party: 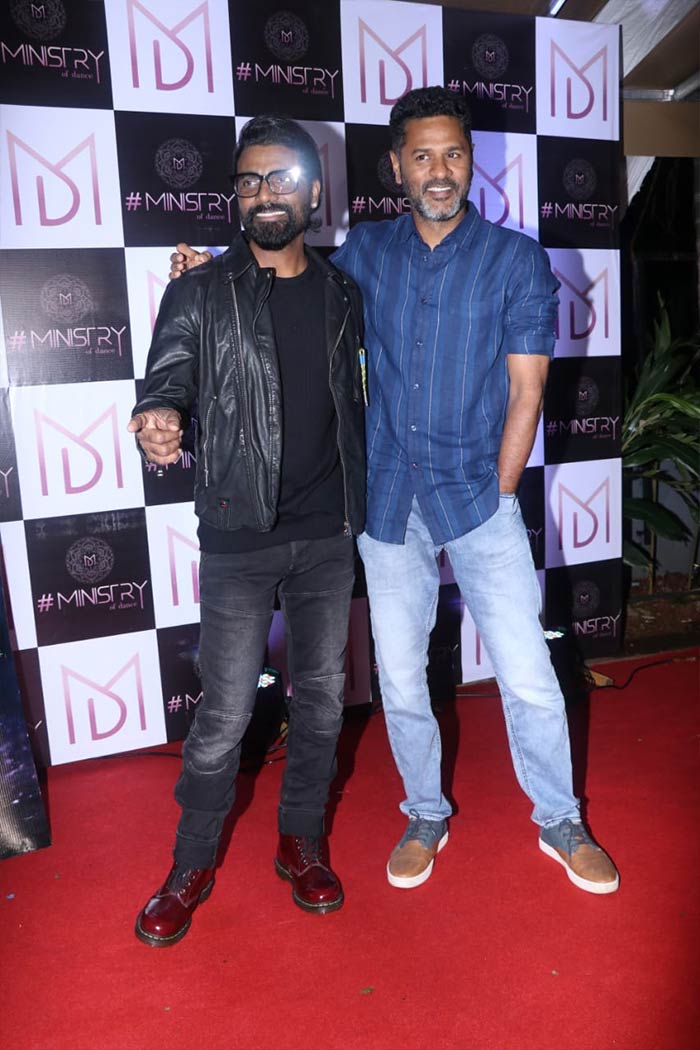 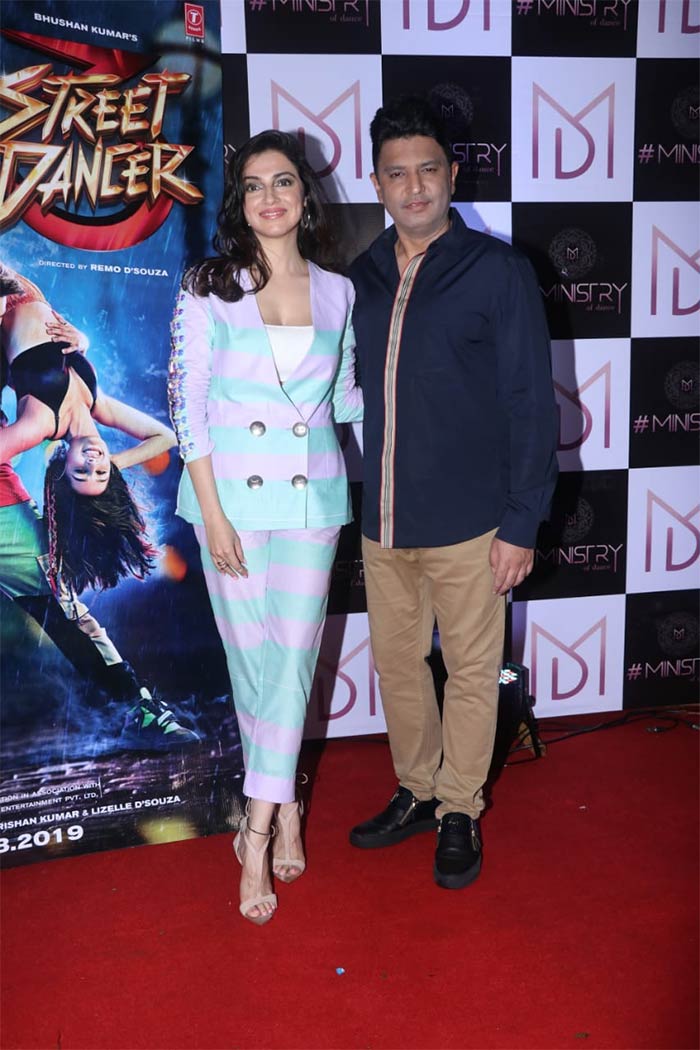 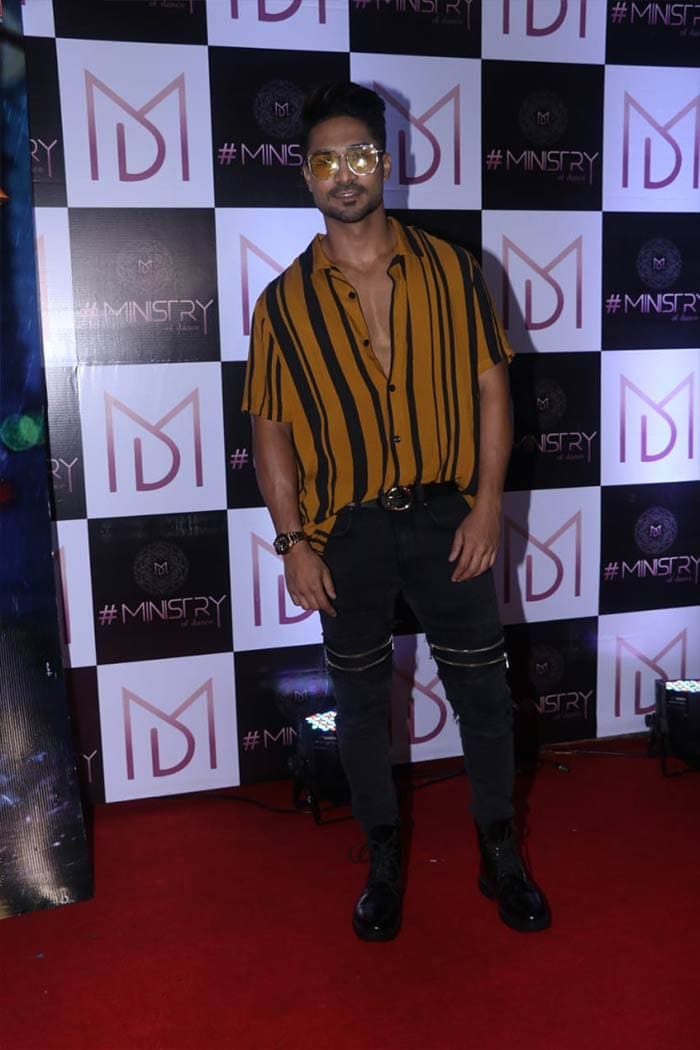 Salman Yusuff Khan at the party. 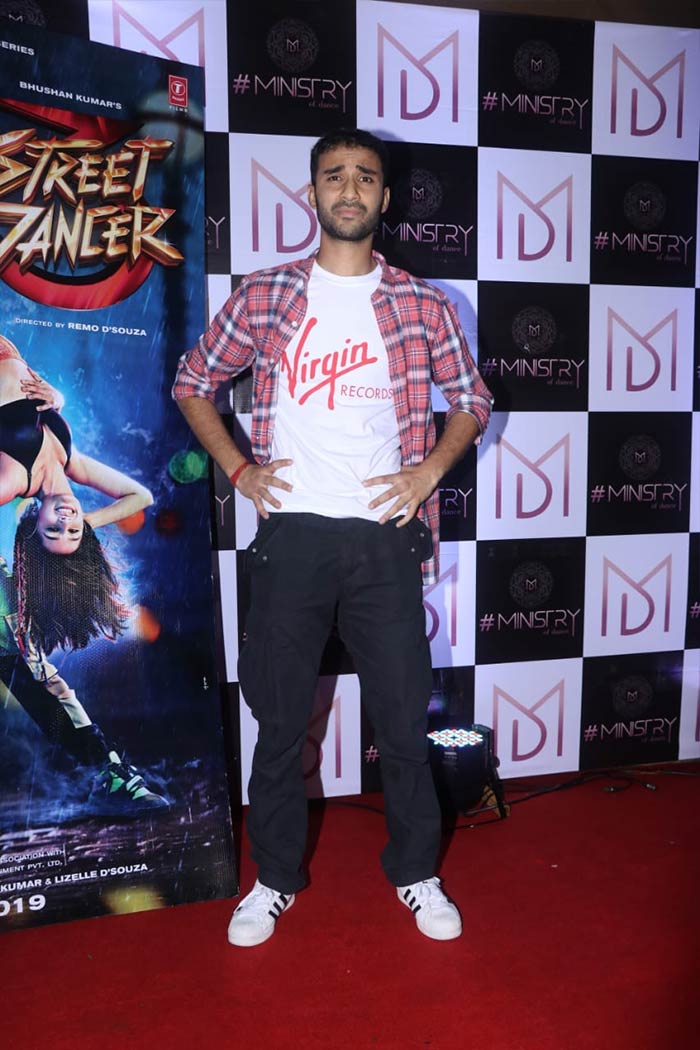 Raghav Juyal was also present at the party.

Over the weekend, Varun and Shraddha shared their experiences of working in the film by sharing some of their favourite memories from the sets of Street Dancer 3D. Take a look at their posts here:

We wrapped Street Dancer last night and my heart feels so full right now. It's been such an incredible and memorable journey. It all starts with one man - Remo sir. @remodsouza Our Captain. The flag bearer of bringing dance films to India. Thank you sir, for our film and for paving the way for so many dancers all around our country to believe in their dreams. Bhushanji, for believing in this film. VD, my forever babulal chirkut batuk, you are an amazing friend and co actor. @varundvn Prabhu sir - you've blown our minds away with being so humble and being such an unbelievable dancer! Nora - you crazy amazing dancer you! @norafatehi Dadu - thank you for shooting our film so amazingly. Kruts & Shetts, you both are the lifeline of our film and have choreographed everything in the most incredible way and have kept the faith throughout! @iamkrutimahesh @rahuldid Nivadi, my bulbul, thank you for being my pillar through all the rehearsals and for inspiring me through every tough step. @niveditaasharma To all my fellow actors and dancers - I love you guys so much that words just won't be able to express it. All the silly laughs and tp that we have done will be the highlight for me on this film. Thank you all for this friendship and love and strength through all the challenges! Love you guys too much!!! Shrads, Nix, Tan, Nam @shraddha.naik @tanghavri @menonnikita @namdeepak - you lovely, mad girls. What would I do without you'll? Maahek and Praveen! @_praveen_nair @maaheknair You both are so inspiring. Thank you for making my fitness journey deeply meaningful. To the helpful physios - Rashi, Shinoj and Fatema who have made sure I can continue dancing despite all injuries. And doc Kalpesh - the most awesome chiropractor in town. My boys - Raju, Jeetu and Atul : for being with me every step of the way, taking the best care of me. Lekha - my manager. For coming in to my life! And lastly but mostly importantly, my family and loved ones. For always being the wind beneath my wings. A BIG thank you to each and every person on the film. Everyone's worked so so hard and now it'll all be put together for all of you to see on January 24, 2020! #Memories #FilmWrap #SD3

SAHEJ-we dance to express not to impress. Wow im so excited for everyone to see what we have done. @remodsouza I love being on your set. Thank you to everyone all the dancers from all around the world for making this film with us. I have had a blast and I'm sad its over but now jan 24 th you will meet the street dancers

Street Dancer 3D went on floors earlier this year. The film is the third installment of the popular dance based ABCD series, directed by Remo D'Souza. The film is slated to release on January 24 next year.