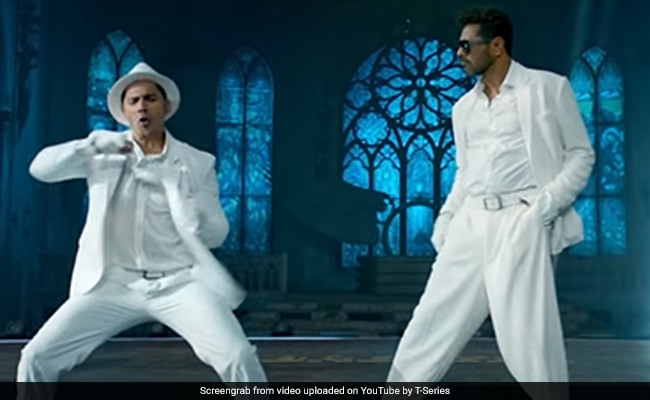 Prabhu Deva, Varun Dhawan and Shraddha Kapoor have brought the rhythm of AR Rahman's iconic track Muqabla back to life in Street Dancer 3D's latest song Muqabla. The song, which is from Prabhu Deva's 1994 film Kadhalan/Humse Hai Muqabla, is given new life in this reprised version. The track Muqabla features Prabhu Deva, Varun Dhawan and Shraddha Kapoor pulling off the iconic moves effortlessly. Our favourites are the shots where Prabhu Deva and Varun Dhawan move like a dream in pristine white outfits. Going by the track, it wouldn't be wrong to say that Muqabla belongs to only one person - Prabhu Deva - and he owned it again but this time, with some new and amazing moves.

Composed by Tanishk Bagchi and sung by Yash Narvekar and Parampara Thakur, the reprised version of Muqabla is finally here to make your weekend better. Check it out:

In you are already in love with the film for re-creating the magic of Muqabla, wait for the release of Mile Sur Mera Tumhara, a reprised version of another iconic track of the same name, originally sung by Pandit Bhimsen Joshi, M Balamuralikrishna, Lata Mangeshkar, Kavita Krishnamurthy, Suchitra Mitra and other singers.

One of the biggest dance battles of Bollywood, Street Dancer 3D is set against an India-Pakistan dance rivalry, in which Varun Dhawan and Shraddha Kapoor play competing dancers on opposing sides of the cross-border divide.