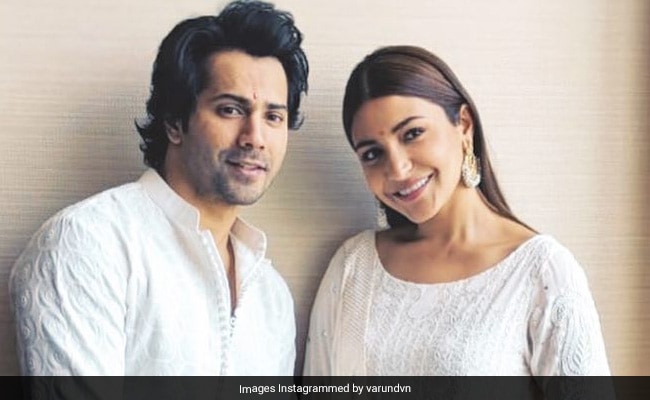 Ahead of the release of Street Dancer 3D, Anushka Sharma tweeted a special message for the film's lead actor Varun Dhawan. The 31-year-old actress, in her tweet, wrote: "Lighting up the dance floor and how! VD

Lightin' up the dance floor and how! VD tu chaaa jaayega! @Varun_dvn Best wishes for #StreetDancer3D to you, @ShraddhaKapoor and @remodsouza ...
Releasing on 24th Jan.

This is what Varun replied:

Varun Dhawan and Anushka Sharma co-starred in the 2018 film Sui Dhaaga: Made In India. The actors who were on a vacation in Switzerland with their respective partners - Natasha Dalal and Virat Kohli, shared pictures from their get-together.

Coming back to Street Dancer 3D, it is the third installment of the popular dance based ABCD series, directed by Remo D'Souza. Besides Varun Dhawan and Shraddha Kapoor, the film also stars Nora Fatehi. The film is slated to release on January 24.

In terms of work, the period drama Kalank remains Varun Dhawan's last release. The actor is currently busy with the promotional duties of his forthcoming film Street Dancer 3D. The actor also has Coolie No 1, co-starring Sara Ali Khan and Shashank Khaitan's Mr Lele in the pipeline.