Inside The Kapoors' Family Dinner With Kareena, Neetu-Riddhima, Aadar Jain-Tara Sutaria And Others 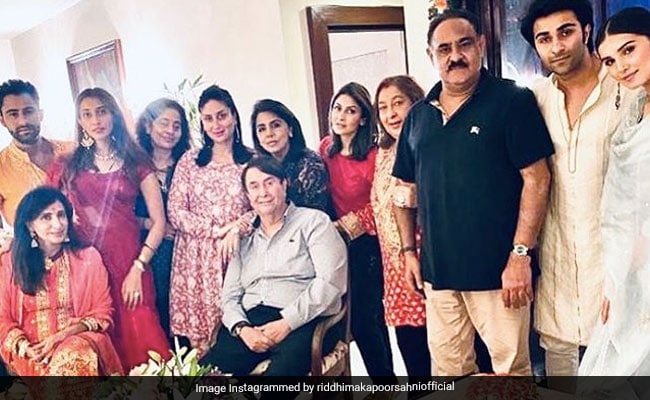 On every festival, Bollywood's Kapoor family unites and something similar happened on Wednesday. The family got together on the occasion of Karwa Chauth, a glimpse of which was shared by Riddhima Kapoor Sahni on her Instagram profile. Mom-to-be Kareena Kapoor was joined by Randhir Kapoor, Neetu Kapoor, Nitasha Nanda, Manoj Jain and Rima Jain. Also present at the dinner were Riddhima Kapoor Sahni, Armaan Jain and his wife Anissa, Aadar Jain and his girlfriend Tara Sutaria. Missing from the frame were Kareena's husband and actor Saif Ali Khan, who is busy with the shooting of Bhoot Police, sister Karisma Kapoor, and cousin Ranbir Kapoor and his girlfriend Alia Bhatt (who frequently accompanies Ranbir to his family's get-togethers).

A post shared by Riddhima Kapoor Sahni (RKS) (@riddhimakapoorsahniofficial) on Nov 4, 2020 at 11:37am PST

On her Instagram story, Riddhima Kapoor Sahni shared a picture with Kareena Kapoor, Anissa Malhotra. Check it out: 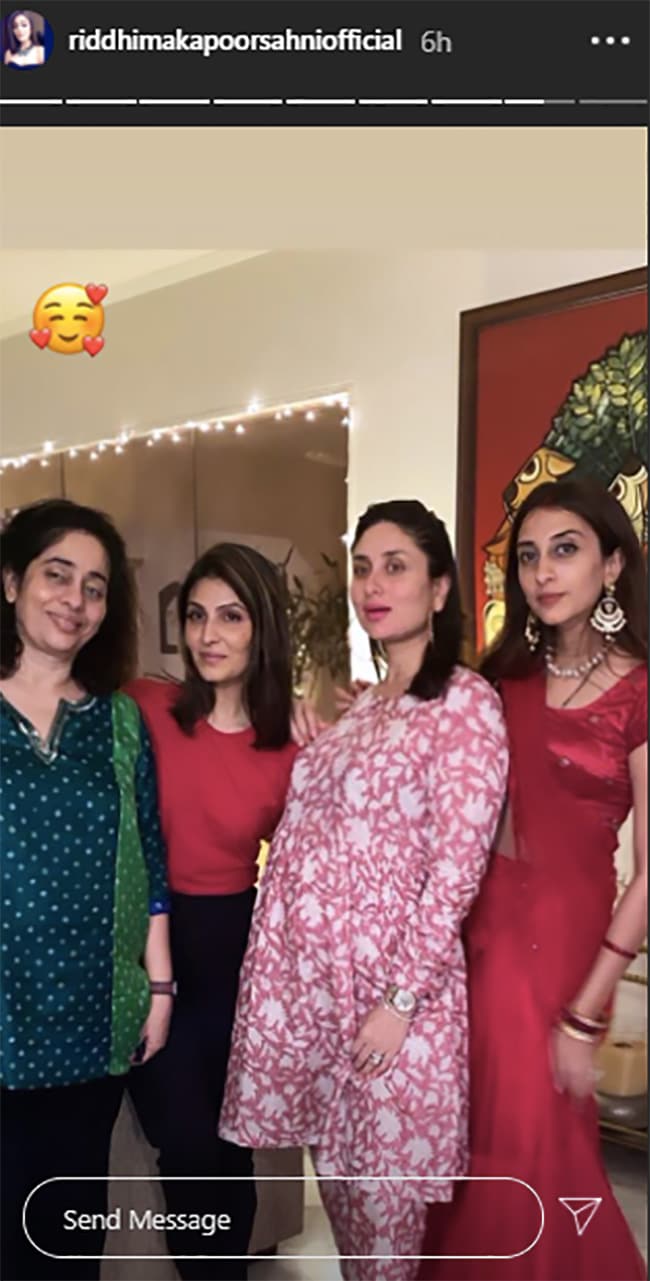