Kareena Kapoor's Pic With Cousins Nitasha Nanda, Armaan And Aadar Jain Is A True Blast From The Past

Kareena is all heart for this throwback photo 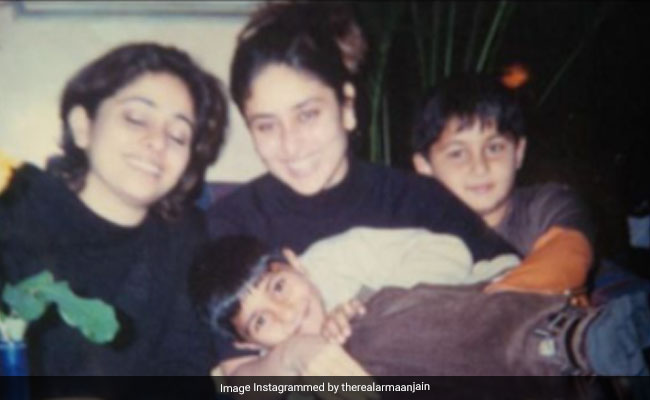 It's always nice when we chance upon a throwback picture of actress Kareena Kapoor. Right? The reason we are saying this is because on Tuesday, the actress posted a blast from the past that will instantly cheer you up if you are having a dull day. The photo was originally shared by Kareena's cousin Armaan Jain on his Instagram profile. Resharing the photo on her Instagram story, Kareena Kapoor captioned it with several heart icons. The photo features the actress having a hearty laugh with cousins Nitasha Nanda, Armaan and Adar Jain. While sharing the photo, Armaan wrote: "Throwback to chilling with my 3 sisters." LOL.

Check out the blast from the past here: 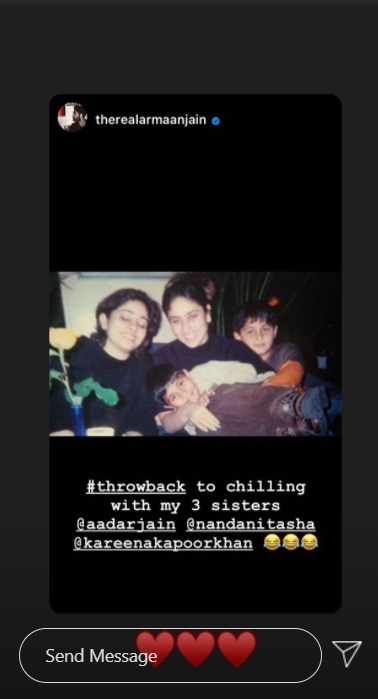 Mom-to-be Kareena Kapoor has been sharing adorable pictures from her pregnancy diaries since August this year. The actress is expecting her second child with husband, actor Saif Ali Khan. Kareena and Saif are already parents to a boy named Taimur, who will soon turn 4.

Last week, Kareena Kapoor posted a photo of her mom Babita Kapoor giving her a "maalish." Before that, she shared a video of herself shooting a commercial with sister Karisma Kapoor.