"Obsessed with you all," wrote Anshula Kapoor 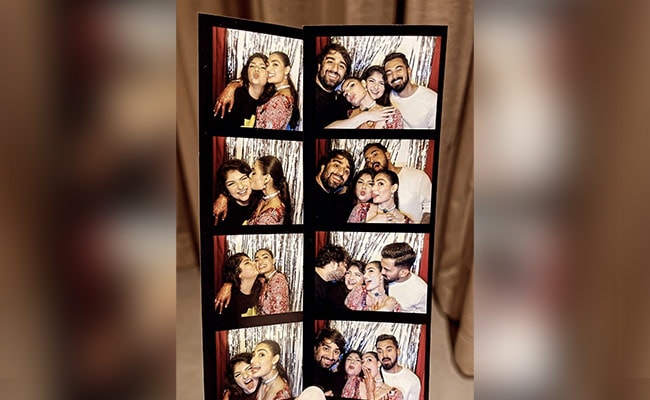 Athiya Shetty and KL Rahul got married on January 23 in an intimate wedding ceremony at Suniel Shetty's Khandala farmhouse. Now, Arjun Kapoor's sister Anshula Kapoor, who attended the ceremony, has offered a sneak peek into the newlyweds' post-wedding bash, and it seems fun. She has shared a picture on her Instagram handle in which she is holding a  polaroid picture in which Athiya-Rahul, Anshula and Rohan Thakkar are striking several poses. In the images, Athiya looks pretty in a red ensemble, while KL Rahul looks dapper in a white t-shirt. Anshula and her rumoured boyfriend Rohan are twinning in black sweatshirts.

Sharing the photo on her Instagram stories, Anshula Kapoor wrote, "Obsessed with you all," followed by heart emoticons. Take a look below: 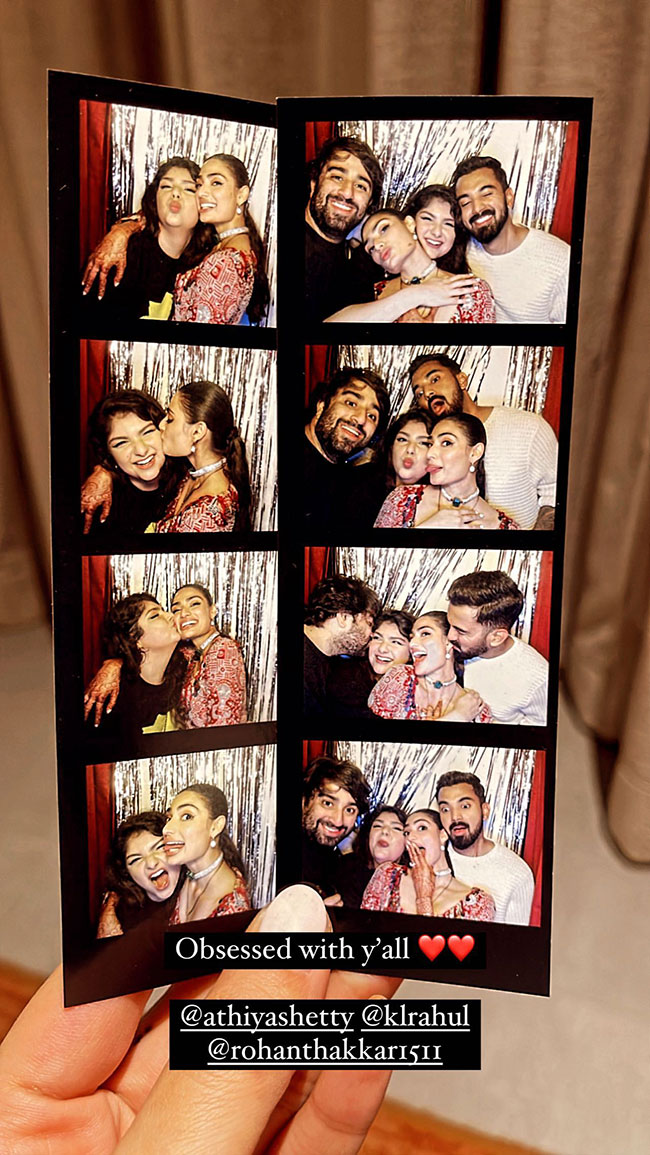 Athiya Shetty and KL Rahul looked adorable in the wedding pictures shared by the couple on Instagram. In the images, Athiya looks pretty in a bridal look - a peach lehenga paired with statement jewellery. On the other hand, KL Rahul looks dapper as a groom in a white sherwani. "In your light, I learn how to love..." Today, with our most loved ones, we got married in the home that's given us immense joy and serenity. With a heart full of gratitude and love, we seek your blessings on this journey of togetherness," read the caption.

Soon after they treated us with the photos from their wedding album, celebs flooded the comment section. Athiya's brother Ahan Shetty commented, "Love you guys." Kriti Sanon wrote, "Congratulations Athiyyyaaa! So so happy for you both!" Alia Bhatt dropped heart emoticons. Ananya Panday wrote, "congratulations!!!!!!"

Anshula Kapoor also offered a glimpse of her wedding look. She shared a picture with Rohan Thakkar in which she is happily posing for the camera. She looks pretty in an off-white lehenga, while her rumoured boyfriend looks handsome in a white kurta-pyjama set. 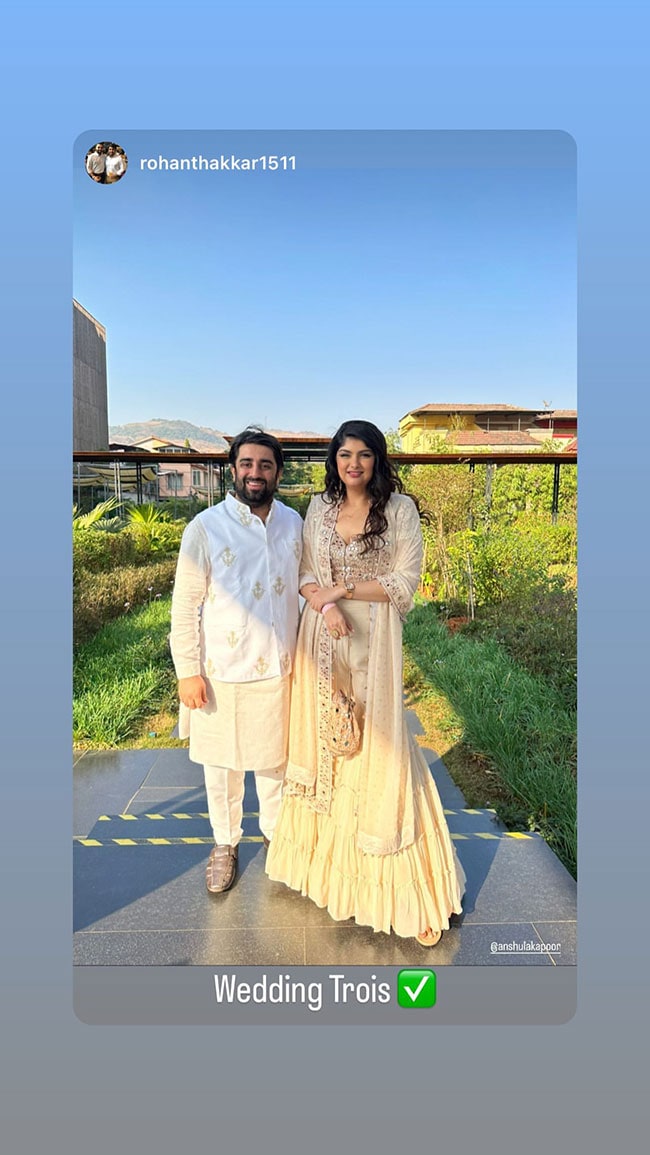 Anshula Kapoor also shared Athiya's post on her Instagram stories and captioned it as "Only love," followed by heart emoticons. 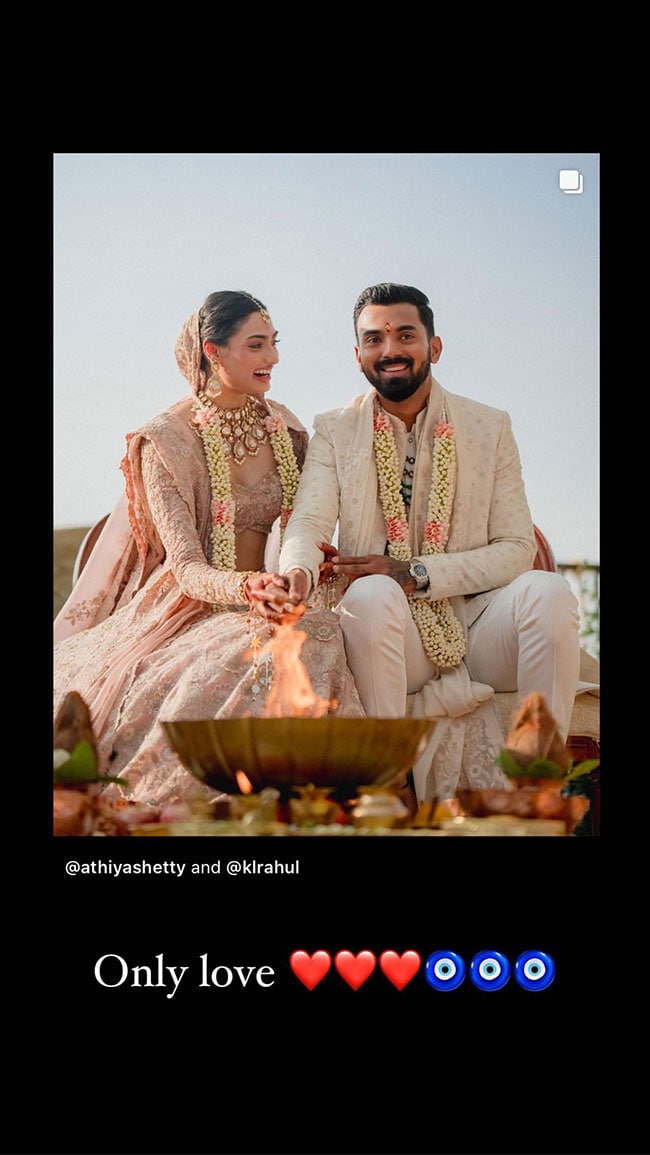