He emphasised fighting climate change and talked about incorporating the 4Rs of waste management "reduce, reuse, repair and recycle" - into our habits. 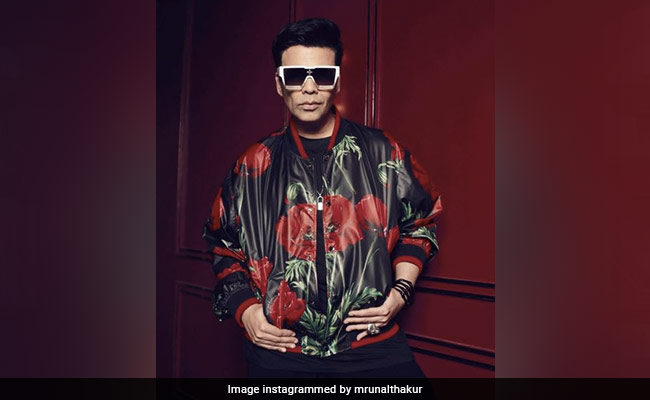 As part of the government's Azadi Ka Amrit Mahotsav initiative, Karan Johar has joined the Naye Bharat Ka Sapna (Dream of New India) social media campaign in a lead-up to the 76th Independence Day. The filmmaker has shared a video on Koo, where he talks about doing his part to save our planet Earth. He emphasised fighting climate change and talked about incorporating the 4Rs of waste management – “reduce, reuse, repair and recycle” - into our habits. “Iss Independence Day, Koo ne chedhhi hai ye muhim and puchha, kaise karenge aap naye Bharat ka sapna sakaar (This Independence Day, Koo has started this campaign and has asked, how will you fulfill the “Dream of New India”? My “Dream of New India” is to fight climate change)? Mere naye bharat ka sapna is to fight climate change, starting from our habits at home. Reduce, reuse, repair and recycle. Small habits that impact the bigger picture. I wish for all of you to do the same,” KJo can be heard saying in the clip.

The government has been organising many events and launching campaigns under the Azadi Ka Amrit Mahotsav initiative, which Prime Minister Narendra Modi launched from Sabarmati Ashram, Ahmedabad, in Gujarat, in March last year to commemorate 75 years of the country's Independence. It will conclude on August 15 next year.

In terms of work, Karan Johar has been hosting the seventh season of his much-loved talk show Koffee With Karan. Recently, in an interview with NDTV, KJo opened up about getting trolled and being called the flag-bearer of nepotism on social media. “The only topic that has not left me is nepotism. It started on this sofa and never left me. It never left the industry, it never left social media. I am still cursed for it, still trolled for it but now I'm not bothered,” he said.

Karan started his career as a director with Kuch Kuch Hota Hai (1998) ad went on to helm movies such as Kabhi Alvida Naa Kehna, Kabhi Khushi Kabhie Gham and My Name Is Khan. His upcoming film is Rocky Aur Rani Ki Prem Kahani.

Karan Johar Sums Up Parenthood In Adorable Post With Yash, Roohi: "An Explosion Of Every Emotion"