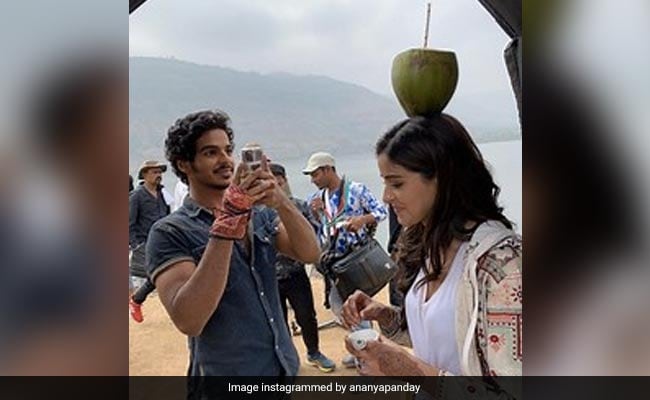 A throwback of Ananya Panay and Ishaan Khatter. (courtesy: ananyapanday)

When Ananya Panday wrote in her Instagram post that "beans have been spilled," she legit meant it. Ananya shared the Koffee With Karan 7 couch with Liger co-star Vijay Deverakonda. Ananya, at the beginning of the episode, confessed that she tried to hit on Vijay Deverakonda multiple times but the actor never reciprocated. Meanwhile, Vijay Deverakonda said that he "never takes the first step," adding, "The lady has to." On the episode, Karan Johar also confirmed that Ananya Panday and actor Ishaan Khatter dated for a while. KJo said that after Vijay revealed that he and Ananya went on a "friendly date." "You went on a date with Vijay while you were dating Ishaan?" KJo asked Ananya. To which, she did not reply.

KJo also asked Ananya if she was dating Kartik Aaryan at one point, to which she replied, "We are just good friends." She also said, "I don't think about the past." Another celeb, who was mentioned during the episode was Aditya Roy Kapur. "I saw at my party... What's brewing between you and Aditya Roy Kapoor?" asked Karan Johar. After much ado, Ananya added, "I find Aditya Roy Kapur hot."

Ananya Panday and Ishaan Khatter briefly dated. They co-starred in the 2020 film Khaali Peeli. They ushered in 2021 in the Maldives together.