ICYMI: Aadar Jain's Reaction Was As Mushy As Tara Sutaria's Birthday Post For Him 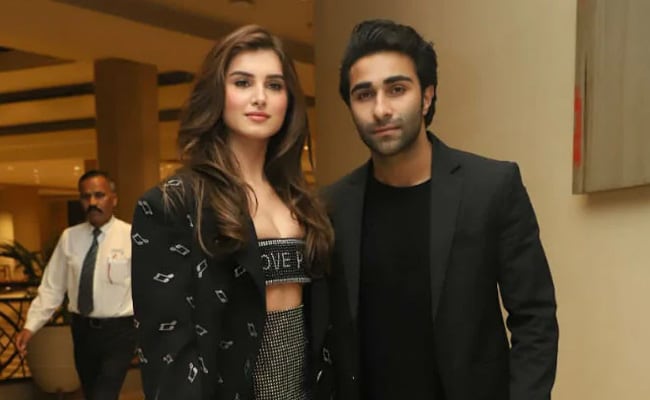 Tara Sutaria and rumoured boyfriend Aadar Jain's social media PDA is getting cuter and cuter by the day. On Wednesday, they made their relationship Instagram official of sorts when Tara posted a picture of herself along with Aadar on his 26th birthday. The picture was accompanied by an equally adorable caption that read: "Ever thine, ever mine, ever ours! Happy Birthday to my favourite person." Reacting to Tara's post, Aadar dropped a mushy remark in the comments section. He wrote: "I love you." Riddhima Kapoor Sahni, who happens to be Aadar's cousin, dropped a heart emoji in the comments section.

Here's the post that Tara shared for her rumoured boyfriend:

Ever thine, ever mine, ever ours! Happy Birthday to my favourite person @aadarjain

Tara Sutaria and Aadar Jain frequently feature in headlines for their rumoured relationship. They were first spotted together at Malaika Arora's birthday party and later at Amitabh Bachchan's Diwali party in 2019. Tara Sutaria was also spotted at almost all the wedding festivities of Aadar's brother Armaan Jain. The actress recently went as Aadar's plus one at Kapoors lunch on Raksha Bandhan.

Other than Tara Sutaria, her sister and dancer Pia also shared a birthday wish for Aadar on her Instagram profile. In her note, she wrote: "It's a Sutaria sandwich. Happy birthday to this absolute star."

It's a Sutaria Sandwich!!! Happy birthday to this absolute star

Tara Sutaria, after featuring in many Disney India shows, stepped into Bollywood with the 2019 film Student Of The Year 2, which also starred Tiger Shroff and Ananya Panday. She recently featured with her Marjaavaan co-star Sidharth Malhotra in Masakali 2.0. Her next project is Milan Luthria's romantic action film Tadap.