Hina Khan Trolled For 'Not Knowing How To Behave During Ramzan'

Hina Khan was told to "respect the holy month of Ramzan" 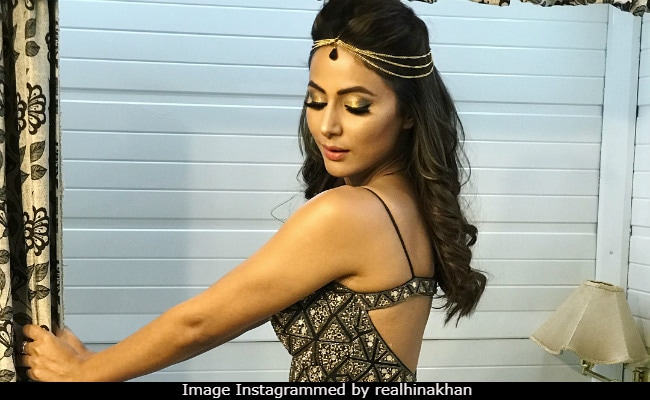 Hina Khan's photos are from a recent performance (courtesy realhinakhan)

New Delhi: TV actress Hina Khan has been shamed on social media for sharing photos of herself in a crop top and pants, which is what she wore for a recent stage performance in Hyderabad. Hina has been brutally trolled for what the haters considered as disrespectful clothing during Ramzan - she was also called out for posting a video, in which she can be seen grooving and sending out a flying kiss to the cameras. "She doesn't know how to behave during Ramzan," read a comment while others told Hina to "respect the holy month of Ramzan" and not indulge in what was deemed as inappropriate behaviour. While most comments are too vile to be reproduced here, some of the haters also asked her to be "fully clothed."

Here are the photos, which trolls shamed Hina Khan for:

Well, comments on Hina Khan's post are everything that's wrong with the Internet. The Bigg Boss 11 contestant is not the only celebrity, who was trolled for the Instagram posts made during Ramzan. Last year, Dangal actress Fatima Sana Shaikh appeared to offend a section of the Internet after she uploaded photos of herself in a black swimsuit from Malta, where she was shooting for Thugs Of Hindostan. "The practicing Muslim can never indulge in such a cheap tactics," she was told.

Hina Khan often finds herself trending on the Internet but not always for the right reasons. Earlier this month, she was trolled for appearing to promote an electronics brand in her Mother's Day post and was told that her Mother's Day special tweet was actually for "free refrigerator."

Hina Khan is best known for playing the role of Akshara in Yeh Rishta Kya Kehlata Hai. After quitting the show, she participated in Khatron Ke Khiladi and then was seen on Bigg Boss 11.
Comments
hina khanhina khan trolled