Those who posted rude comments addressing the Dangal actress, rebuked her for sharing the photographs during Ramzan and questioned her loyalty to the religion 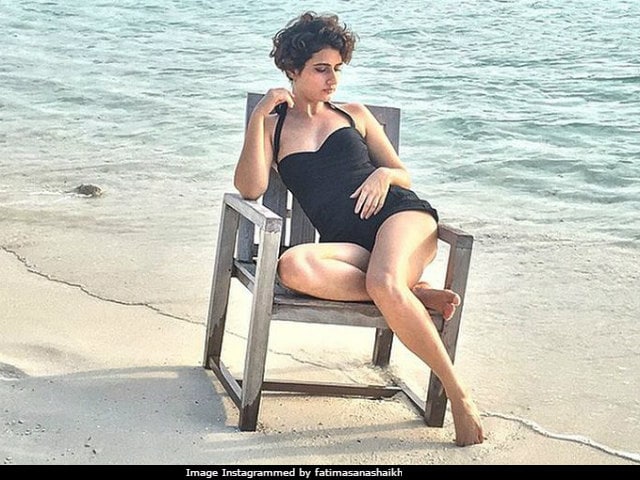 New Delhi: Actress Fatima Sana Shaikh has been shamed on social media for posting pictures of herself in a swimsuit on the beach in Malta, where she is filming Thugs Of Hindostan. Some of those offended object to the 25-year-old actress for wearing what they say is disrespectful clothing during Ramzan; others have branded it 'besharmi' simply to be seen in beachwear on the beach. "The practicing Muslim can never indulge in such a cheap tactics. She is a Muslim by her name and not by her doings. So ignore and move on," wrote one hater." To all those who are praising Fatima for this besharmi, I am asking them would you allow your sister to romance with an actor and allow her to wear a bikini in front of the world? I am sure a true would never do that," wrote another.

Some comments defended Fatima's right to wear what she chooses and denounced those seeking to police her wardrobe. "All those people abusing Fatima Sana Shaikh, first change your mind-set," wrote one follower.

These are Fatima Sana Shaikh's posts from Malta, shared yesterday:

Promoted
Listen to the latest songs, only on JioSaavn.com
Fatima has not yet responded to the trolling. The actress co-stars with Aamir Khan and Amitabh Bachchan, who are also in Malta, in Thugs Of Hindostan, directed by Vijay Krishna Acharya who made Dhoom: 3 with Aamir. Fatima was cast with Aamir in last year's Dangal, which was tremendously successful with both film critics and audience.

This is not the first time a Dangal actress has been trolled. Earlier this year, 16-year-old Zaira Wasim, who played the younger version of Fatima's character, was attacked on her Facebook page for having met Jammu and Kashmir chief minister Mehbooba Mufti.