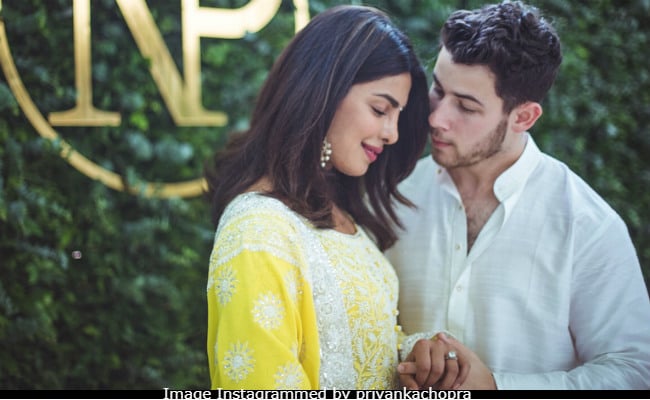 Lovebirds Priyanka Chopra and Nick Jonas are currently in India and we are simply wondering if crazy wedding shopping is going on at the Chopras because apparently, the much anticipated wedding is not too far! Priyanka and Nick's wedding will reportedly be an amalgamation of Indian traditions and an American wedding rituals: "The wedding is coming soon and they really want to blend wedding traditions from both of their cultures that are important to them," US Weekly quoted a source as saying recently. Meanwhile, it is also Nick Jonas' fiancee who is planning her own wedding and having a blast, as per the source: "Priyanka is having a really good time planning the wedding because it's a mix of Indian and American styles and customs, which she knows so much about."

Nick Jonas touched down in Mumbai over the weekend left for Udaipur with Priyanka on Tuesday morning. When in the Maximum City, they were spotted on a dinner date on Saturday night. Priyanka and Nick sent the paparazzi in a tizzy as they stepped out of the eatery to popping flashbulbs. 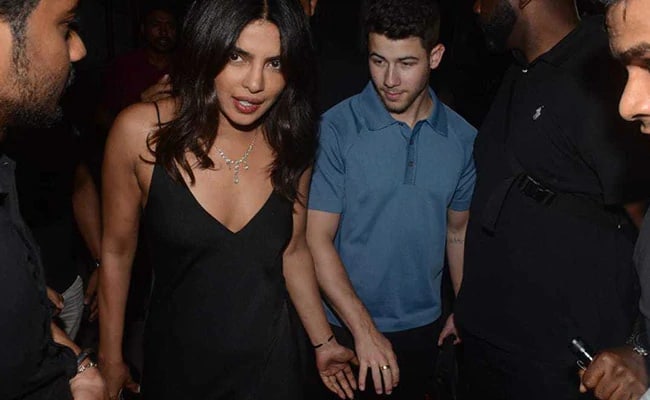 Nick Jonas also joined Team Bollywood for a football match and no points for guessing who was leading the cheer squad.

The couple have been inseparable since they officiated their relationship with a roka ceremony in August. They made a couple's entry at Isha Ambani's pre-engagement party in Italy's Lake Como, after which Priyanka flew back to India and Nick reportedly made a pit stop in Paris before landing in India.

Priyanka, however, has been filming Shonali Bose's The Sky Is Pink till Nick joined her in Mumbai. After her exit from Salman Khan's Bharat, it is the only Bollywood project she's announced so far. Priyanka co-stars with Farhan Akhtar and Zaira Wasim in The Sky Is Pink. In Hollywood, she has two new releases lined up and she has also reportedly signed up for Cowboy Ninja Viking opposite Chris Pratt.