Here's What Sunny Leone Did After Her First Day Of Boxing

"After this torture I've decided to do it again," wrote Sunny Leone 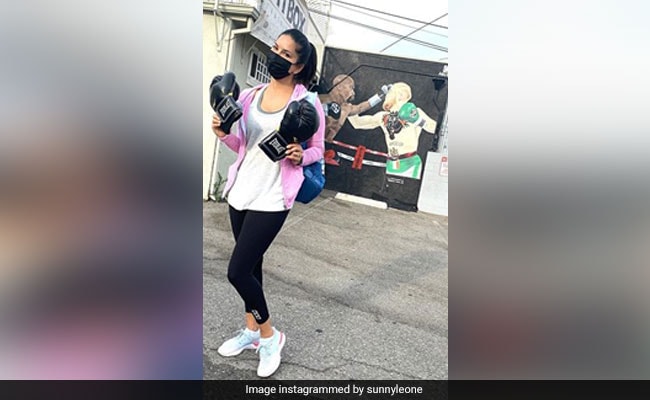 Sunny Leone, who has been staying with her husband Daniel Weber and their kids Noah, Asher and Nisha in Los Angeles since a few months, keeps her fans updated with her LA life by sharing posts on social media. On Wednesday evening, she shared a picture collage, which had before-and-after pictures from a boxing session. In the first picture, the actress can be seen posing with gloves in her hands. She can also be seen wearing a mask in the picture. The second one is a selfie from the car. Sunny described the first day of the boxing session as "torture" and she wrote in her caption: "First day of boxing! Before and after. LOL! My face is red like a tomato." She added, "After this torture I've decided to do it again."

First day of boxing!! Before and after lol. My face is red like a tomato. After this torture I've decided to do it again.

The actress frequently shares updates from her LA life on social media. Take a look at some of the posts here:

Working together as a team!! My little princess Nisha

Quality time at the garden with @dirrty99

In an interview earlier this year, Sunny Leone explained why she and her family had to move to Los Angeles during the coronavirus pandemic. The actress told Times Of India earlier, "Personally, I was sad to leave Mumbai, and trust me, I didn't want to leave, which is why it took us so long to decide to come here. However, it was important for us to be around Daniel's mother and his family. Like everyone else, they wanted to be with their loved ones."