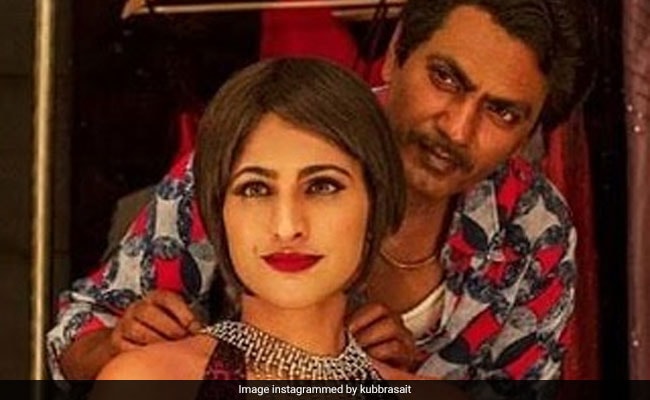 Actor Nawazuddin Siddiqui turned 47 today and his Sacred Games co-star, friend Kubbra Sait, has the sweetest birthday wish for him. Giving a Sacred Games touch to her birthday wish, Kubbra Sait shared two stills from the show featuring her and Nawazuddin Siddiqui, on Instagram. The 37-year-old actress complemented the pictures with a heart-warming birthday wish for her "friend, co-actor, mentor, and madman." Sharing the pictures on Instagram, she wrote: "Dear friend, co-actor, mentor and madman to next level. To all the times I will call you and recheck, 'Did I say I love you enough?' Happy Birthday, have biryani and be safe and happy. Sending you loads of my love, Nawazuddin Siddiqui."

While one picture features Nawazuddin Siddiqui standing behind Kubbra, the other one captures Kubbra standing behind Nawazuddin and that is what she further wrote in her caption. "PS: you have my back and I have yours," Kubbra wrote.

The post received several comments. While some fans wished Nawazuddin on his birthday, others recalled Kubbra Sait's role of Kuckoo from Sacred Games and praised her. "Nawaz bhai janamdin Mubarak," a fan wrote in the comments section. "Kukku ka Jaadu," another fan commented.

Besides Kubbra, many fans of Nawazuddin Siddiqui, have also been wishing the actor on social media and the actor has been trending on Twitter, since this morning.

In terms of work, Nawazuddin Siddiqui was last seen in Netflix film Serious Men. Before that, he was seen in another Netflix film Raat Akeli Hai co-starring Radhika Apte. He will next be seen in Jogira Sara Ra ra co-starring Neha Sharma.