Gulabo Sitabo: Ayushmann Khurrana On Working With Amitabh Bachchan - "He Will Know Your Lines Also" 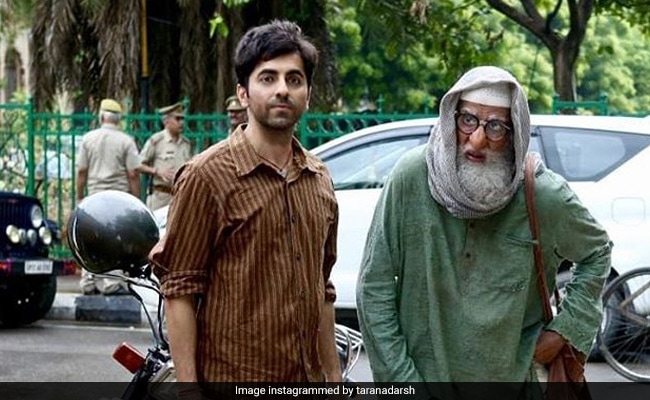 Amitabh Bachchan and Ayushmann Khurrana from the sets of Gulabo Sitabo. (courtesy: taranadarsh)

Ayushmann Khurrana's Shubh Mangal Zyada Saavdhan released on Friday and now the actor is gearing up for his next release Gulabo Sitabo. The Bala actor will co-star Amitabh Bachchan in the upcoming film. They will be sharing screen space for the first time. On working with the cine icon, Ayushmann Khurrana said, "Bachchan sir is amazing," in an interview with news agency PTI. Talking about acting in front of Big B, Ayushmann said, "It is not easy." The 35-year-old was quoted as saying, "What I marvel about him is that he's so well prepared always. He will know your lines also. It is not easy to act in front of him. You have to be on your toes as a co-actor."

Gulabo Sitabo has been directed by Shoojit Sircar. Ayushmann Khurrana has reunited with the director after his 2012 film Vicky Donor. The actor made his debut in the Bollywood industry with this film. In the same interview with PTI, Ayushmann Khurrana also revealed the narrative of his upcoming film and said, "Gulabo Sitabo is an extremely simple film. It's a sweet film about the banter between a landlord and a tenant. I'm the tenant, Bachchan sir is the landlord and we are always at loggerheads. It's as simple as that. The magic is, sometimes you find simplicity most exciting in life and that's what the film is about." No official release date has been announced for Ayushmann's Gulabo Sitabo.

On the work front, Ayushmann Khurrana recently featured in Shubh Mangal Zyada Saavdhan. The actor stars opposite Jitendra Kumar, who plays the role of his love interest, in the gay love story.