Amitabh Bachchan is currently shooting for the film in Lucknow 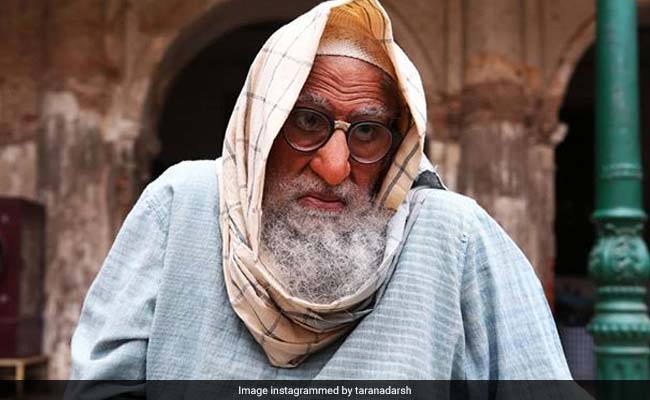 Believe us when we say that Amitabh Bachchan's new look from Shoojit Sircar's Gulabo Sitabo is beyond recognition. In a recent post tweeted by trade analyst Taran Adarsh, Big B's "quirky character look" from Gulabo Sitabo was revealed and high power glasses with long beard makes it one of the most different looks Amitabh Bachchan has donned onscreen. Gulabo Sitabo, which also stars Ayushmann Khurrana, is co-produced by Ronnie Lahiri, who has also worked in Vicky Donor, Madras Cafe and Pink, and Sheel Kumar. Tweeting about the update from the sets of the film, Taran Adarsh wrote: "Unveiling Amitabh Bachchan's quirky character look from #GulaboSitabo... Co-stars Ayushmann Khurrana... Directed by Shoojit Sircar... 24 April 2020 release."

It's not wrong to say that Big B's new look has also left the Internet quite surprised with his fans commenting "Amazing" and "Unbelievable" on Taran Adarsh's tweet.

Excited to see the "quirky" look of Big B? Check it out:

A few days ago, Amitabh Bachchan, who is currently filming in Lucknow, also shared an update about the film on Twitter. "One done, another begun. Travel location change, look change, crew change, colleagues change, city change and story change. From Lucknow today Gulabo Sitabo and the look? Well, what can I say..." he wrote. Going by his post, now we know what he was trying to say about his look earlier.

Speaking about sharing screen space with Big B, Ayushmann told news agency PTI in an interview that the shooting is going to be "extremely overwhelming" for him. "It's really a surreal moment for me. It's a moment that I have always wished for ever since the time I wanted to become an actor but now that I'm going to finally act with him, I think it's going to be extremely overwhelming for me," he told PTI.

Gulabo Sitabo, a film based in Lucknow, is a quirky family comedy, written by Shoojit Sircar's longtime collaborator Juhi Chaturvedi. Amitabh Bachchan and Shoojit have earlier worked together in Piku, which released in the year 2015.

The film, which was earlier slated to release in November this year, will now open in theatres on April 24, 2020.