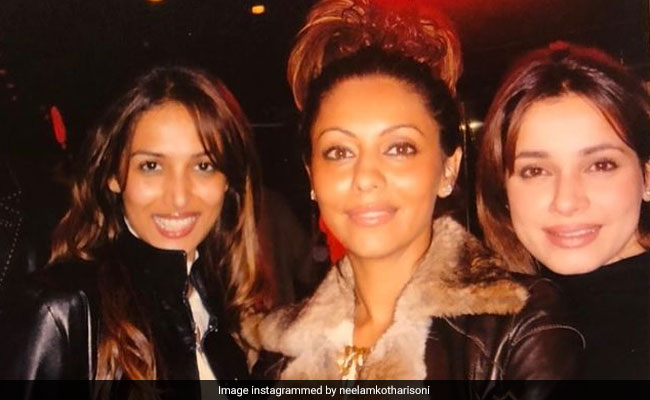 We chanced upon a million-dollar photograph that was clicked way before Gauri Khan and Malaika Arora made their surprising cameo appearances in Netflix's The Fabulous Lives Of Bollywood Wives. Neelam Kothari, who featured as one of the star wives in the show, shared a chunk of throwback memories on her Instagram profile on Monday afternoon. One of the pictures features Gauri Khan and Malaika Arora happily posing with Neelam Kothari. Besides Gauri Khan and Malaika Arora, the album shared by Neelam also features her Fabulous Lives Of Bollywood Wives co-stars Bhavana Panday, Maheep Kapoor, Seema Khan andthe show's producer Karan Johar. In her post, Neelam didn't reveal when or where the pictures were taken but we simply love them.

Neelam captioned her post: "Certain memories never fade." She added the hashtag #fabulouslives to her post. Check out the pictures here:

Malaika Arora  was last seen as one of the judges in the dance reality show India's Best Dancer, alongside choreographers Terence Lewis and Geeta Kapur. Gauri Khan, married to superstar Shah Rukh Khan, is an interior decorator and a film producer. She will soon make her debut as an author. She has given makeovers to several suburban Mumbai restaurants and celebrity homes over the years.