"I love you too much," wrote Maheep while Bhavana and Seema posted: "Love you." Neelam commented: "Gauri, you are too funny." 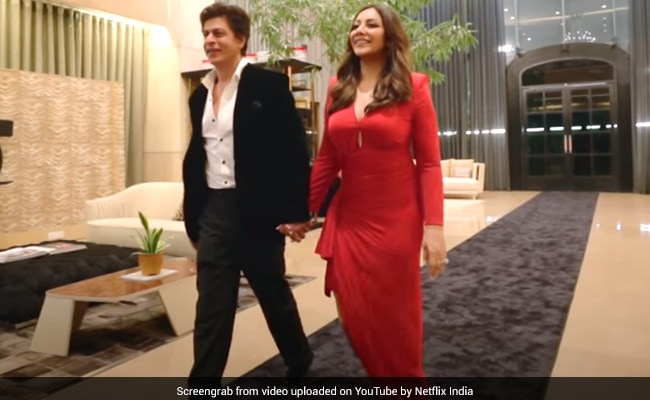 Gauri Khan gave a massive shout-out to her friends - Maheep Kapoor, Seema Khan, Neelam Kothari and Bhavana Pandey - on Friday. Days after Fabulous Lives Of Bollywood Wives premiered on Netflix, Gauri Khan appears to have loved it a bit too much. The web-show tracks the life of four "Bollywood wives", who have been friends for over two decades. Gauri Khan enjoyed the show so much that now, she wants to be part of the next season, which is yet to be announced. On a joking note, Gauri Khan wrote: "Hey girls ... I'm gate crashing season 2." Gauri and her superstar husband Shah Rukh Khan feature in a segment of Fabulous Lives Of Bollywood Wives, which is produced by Karan Johar's Dharma Productions. The show also features brief glimpses of Bhavana's daughter Ananya Panday and Shanaya Kapoor, who are best friends with Gauri's daughter Suhana Khan.

Gauri's post sent her friends into a tizzy. "I love you too much," wrote Maheep while Bhavana and Seema posted: "Love you." Neelam commented: "Gauri, you are too funny." 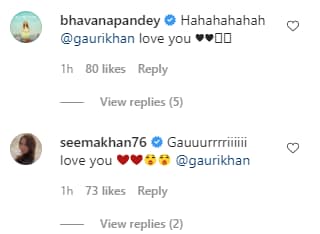 Ahead of the show's release, the trailer of Fabulous Lives Of Bollywood Wives garnered encouraging reactions from celebs such as Kareena Kapoor, Sonam Kapoor, Alia Bhatt, Sonali Bendre, Malaika Arora and others. Maheep Kapoor's niece, actress Sonam Kapoor tweeted: "I've died laughing and spat my morning coffee all over my bed."

Fabulous Lives Of Bollywood Wives was also in a row over the show's title. Madhur Bhandarkar had accused Dharma Productions of allegedly misappropriating the title 'Bollywood Wives', which Karan Johar politely denied. Karan Johar issued a clarification of sorts, maintaining that he would go ahead with the title anyway.