"I wish that this auspicious festival removes all the obstacles from our lives," wrote Sanjay Dutt 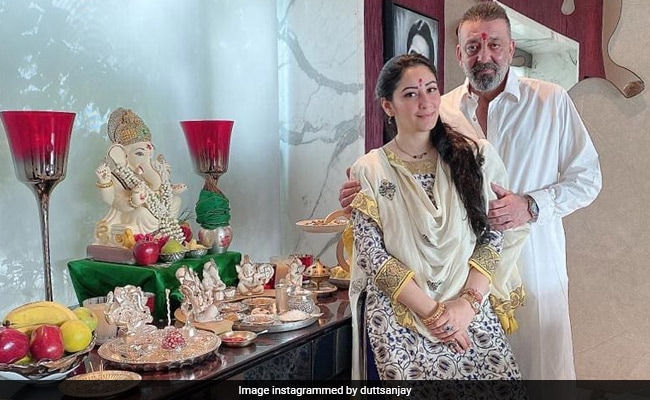 On Ganesh Chaturthi, actor Sanjay Dutt shared a glimpse of Ganesh Puja at his Mumbai home with an adorable photo, also starring his wife Maanayata. Sanjay Dutt is currently on a break from work because of medical treatment and has frequented the hospital in the past few days. In his post, Sanjay Dutt wrote Ganesh Chaturthi festivities are low-key this year. "The celebrations aren't as huge as they used to be every year but the faith in Bappa remains the same. I wish that this auspicious festival removes all the obstacles from our lives and bless us all with health and happiness. Ganpati Bappa Morya," the 61-year-old captioned his post. Mr Dutt's caption could be a reference to his health condition and also to the coronavirus pandemic, which has forced Mumbai to tone down one the biggest festivals in the city.

The celebrations aren't as huge as they used to be every year but the faith in Bappa remains the same. I wish that this auspicious festival removes all the obstacles from our lives and bless us all with health and happiness. Ganpati Bappa Morya????????

On August 11, Sanjay Dutt announced he is taking a hiatus from work because of health issues but did not disclose details about his treatment. On August 18, Sanjay Dutt told the paparazzi: "Pray for me," as he left home for Mumbai's Kokilaben Hospital, where he has been going for medical treatment. 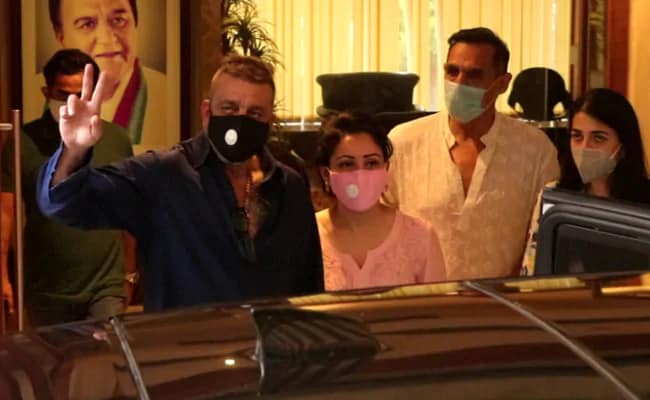 Sanjay Dutt's wife Maanayata, who was stuck in Dubai because of the lockdown, recently flew down to Mumbai to be by the actor's side. In a statement, Maanayata asked for privacy and that the Dutts have chosen to deal with the situation with "positivity and grace": "As a family, we have decided to face this with positivity and grace. We are going to go about our life as normally as possible, with a smile, because this will be a tough fight and a long journey. And, we need to do this for Sanju, without any negativity setting in." Following Sanjay Dutt's announcement last week, several news reports suggested that he has been diagnosed with cancer. In her statement, Maanayata made a plea - "stop speculating the stage of his illness."

Sanjay Dutt's new film Sadak 2, which was scheduled for a theatre release this month, will now release on OTT platform Disney+Hotstar among other big Bollywood movies. The trailer of Sadak 2 was released on Wednesday. The actor was last seen in 2019 film Panipat.