"I request everyone, with my folded hands, to stop speculating the stage of his illness and let the doctors continue to do their work," said Maanayata Dutt 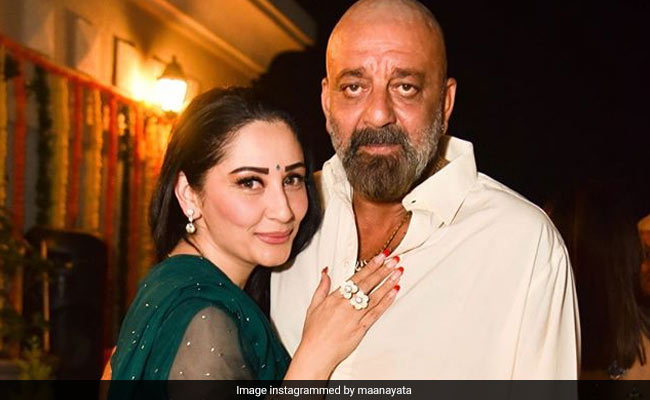 Sanjay Dutt with Maanayata in an Instagram photo (courtesy maanayata)

Actor Sanjay Dutt's wife Maanayata, in a statement on Tuesday night, said: "While our family is shaken up, we are determined to fight tooth and nail." Maanayata also thanked well-wishers for showering Sanjay Dutt with a whole lot of love after he announced he has taken a break from work because of medical treatment. Maanayata's statement arrived just after the actor left his residence for Mumbai's Kokilaben Hospital where he has been going for treatment. Mr Dutt, 61, has not disclosed any details of his health condition. In her statement, Maanayata described the current scenario as a "challenge", which the Dutts have chosen to deal with "positivity and grace." Maanayata, who recently flew in from Dubai, wrote that she wouldn't be able to visit Sanjay Dutt in the hospital till her home quarantine period is over.

"To all of Sanju's fans and well wishers, I can't begin to thank you for the love and warmth you have shown him all these years.

Sanju has been through many ups and downs in his life, but what has kept him going through every tough phase has always been your adulation and support. And for this, we will always be grateful. We are now being tested through yet another challenge, and I know, the same love and warmth will see him through this time as well.

As a family, we have decided to face this with positivity and grace. We are going to go about our life as normally as possible, with a smile, because this will be a tough fight and a long journey. And, we need to do this for Sanju, without any negativity setting in.

In these trying times, unfortunately, I have been unable to be by his side in the hospital, due to my home quarantine which ends in a couple of days. Every battle has a torchbearer and someone who holds the fort. Priya who has worked extensively over two decades with our family-run Cancer foundation, and who has also seen her mother battle this illness, has been our incredible torchbearer, while I will hold the fort.

For those asking, Sanju will complete his preliminary treatment in Mumbai. We will formulate further plans of travel depending on how and when the covid situation eases. As of now, Sanju is in the best hands of our esteemed doctors at Kokilaben hospital.

I request everyone, with my folded hands, to stop speculating the stage of his illness and let the doctors continue to do their work. We will update you all regularly with his progress.

Sanju is not only my husband and father to our children, but he has also been a father figure to Anju and Priya, after losing their parents.

He is the heart and soul of our family.

While our family is shaken up, we are determined to fight tooth and nail. With God and your prayers on our side, together we will overcome, and emerge as winners."

On Tuesday evening, Mr Dutt was pictured outside his residence just minutes before he left for Kokilaben Hospital. He was in the company of his sisters Priya and Namrata, and also Maanayata. "Pray for me," said Mr Dutt before getting into the car. Sanjay Dutt was also spotted outside the hospital on Sunday evening. 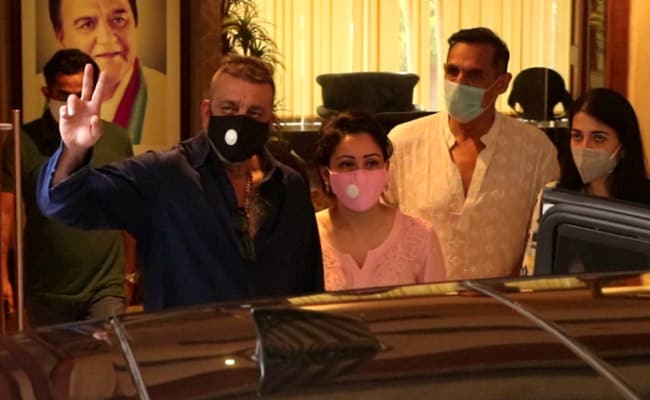 Earlier this month, Mr Dutt announced his break from work in social media posts. At that time, Maanyata had said, "It is my heartfelt request to Sanju's fans to taking a short break from work for some medical treatment, but to just help us with their ongoing love, warmth and support."

Sanjay Dutt's new film Sadak 2, which was scheduled for a theatre release this month, will now release on OTT platform Disney+Hotstar among other big Bollywood movies. The trailer of Sadak 2 was released on Wednesday. The actor was last seen in 2019 film Panipat.