"Let us see this opportunity to spread light and positivity," Sanjay Dutts wife Maanayata Dutt wrote in her statement 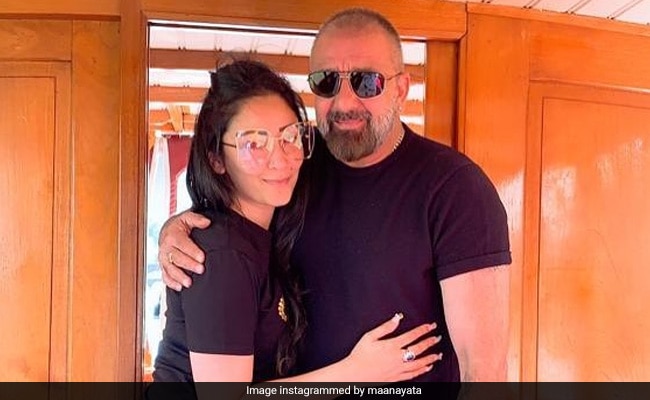 Maanayata and Sanjay Dutt are parents to twins (courtesy maanayata)

Actor Sanjay Dutt's wife Maanayata has thanked well wishers for concern about her husband's health and has reiterated his request to avoid speculating on the reason why he announced on Tuesday that he would be taking a break from work for medical treatment. Maanayata, believed to be in Dubai currently, addressed "unwarranted rumours" that have been circulating since Sanjay Dutt's announcement - several news reports suggest the actor has been diagnosed with cancer. The 61-year-old star spent last weekend in Mumbai's Lilavati Hospital and was discharged on Monday. In his post on his health, Sanjay Dutt opted not to disclose details and urged against "speculation," something his wife's statement repeated.

In her statement, Maanayata Dutt said: "I thank everyone who has expressed their well wishes for Sanju's speedy recovery. We need all the strength and prayers to overcome this phase. There is a lot that the family has gone through in the past years but I am confident, this too shall pass. However, it is my heartfelt request to Sanju's fans to not fall prey to speculations and unwarranted rumours, but to just help us with their ongoing love, warmth and support. Sanju has always been a fighter, and so has our family. God has yet again chosen to test us to overcome the challenges ahead. All we seek is your prayers and blessings, and we know we will emerge as winners on the other side, as we always have. Let us use this opportunity to spread light and positivity."

Sanjay Dutt, 61, was taken to hospital on August 8 after complaining of breathlessness. He was discharged two days later. On Tuesday, Mr Dutt announced on his social media accounts that he would be taking a break from work for medical reasons and asked fans not to speculate about his health.

In his post, Sanjay Dutt wrote, "Hi friends, I am taking a short break from work for medical treatment. My family and friends are with me and I urge my well wishers not to worry or unnecessarily speculate. With your love and good wishes, I will be back soon."

On Saturday, Sanjay Dutt had announced in a tweet that he was in hospital and that his COVID-19 test was negative.

Sanjay Dutt's wife Maanayata and twins have been in Dubai for the last few months; Mr Dutt was prevented from joining them by the lockdown. Mr Dutt also has a daughter named Trishala who lives in New York; Trishala's mother was the actor's first wife, Richa Sharma.

Sanjay Dutt made his debut in 1981's Rocky and has appeared in films such as Khalnayak, Saajan, Sadak, the remake of Agneepath and the Munnabhai series. His new film Sadak 2 streams this month - the trailer of the film was to release on Tuesday but eventually did so a day later.