Sanjay Dutt had been taken to hospital on August 8 after complaining of breathlessness. 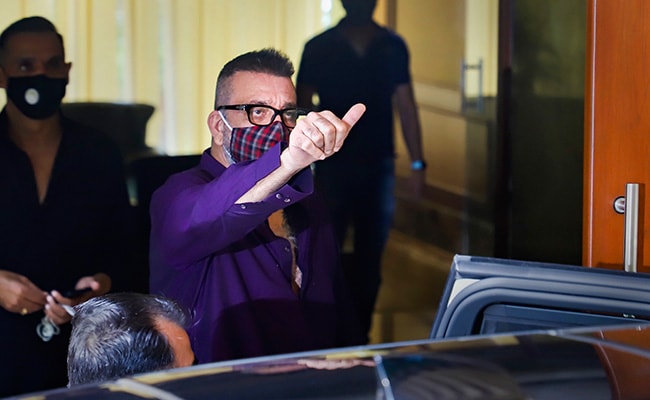 Actor Sanjay Dutt has been discharged from Nanavati Hospital after spending two days, reports news agency ANI. Mr Dutt had been taken to hospital on August 8 after complaining of breathlessness. He announced in a tweet that his test for COVID-19 was negative. A hospital source also confirmed to news agency PTI that the 66-year-old actor was not infected by the virus. "His antigen test for COVID-19 is negative. He is absolutely fine and being treated for mild breathlessness," a hospital official told PTI over the weekend. Sanjay Dutt is soon to be seen in the sequel to his 1991 hit Sadak.

In a tweet on August 8, Sanjay Dutt wrote, "Just wanted to assure everyone that I'm doing well. I'm currently under medical observation and my COVID-19 report is negative. With the help and care of the doctors, nurses and staff at Lilavati hospital, I should be home in a day or two. Thank you for your well wishes and blessings."

Sanjay Dutt's wife Maanayata and twins Iqra and Shahraan are in Dubai - they have been there since before the lockdown because of which Mr Dutt was unable to join them. His sister Priya Dutt told PTI over the weekend, "He was admitted to Lilavati Hospital around 4.30-5 pm for regular check-up as he was feeling a little breathless. They did a COVID-19 test and the result was negative. We have kept him in the hospital so that he gets all of his tests done. He has gone for a full check-up. I think he will come home on Monday."

Last seen in Panipat, Sanjay Dutt's next project is Sadak 2, which reunites him with Sadak co-star Pooja Bhatt and also stars Alia Bhatt and Aditya Roy Kapur. Sadak 2 is one of the shortlist of Bollywood films to premiere on an OTT platform and will stream on Disney+Hotstar starting August 28.