A Sadak 2 Update From Alia Bhatt

Sadak 2 will release on Disney+Hotstar on August 28 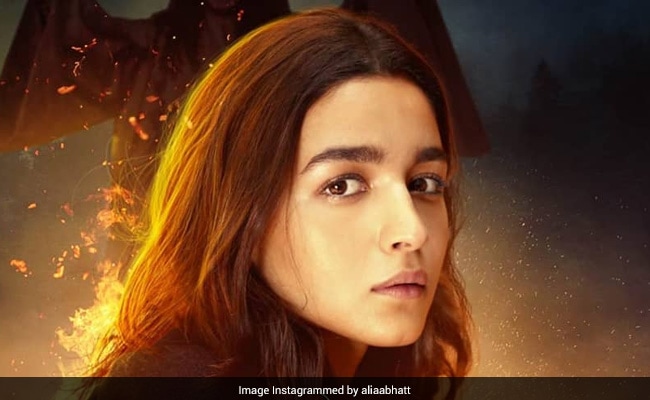 The road to Sadak 2 trailer isn't far away. The film's lead actress Alia Bhatt, on Monday afternoon, shared posters of the film's cast on her Instagram profile and revealed that the trailer of the film will release on Tuesday. While the wait for the film's trailer is still on, the posters did quench the curiosity of fans. One of the poster features Alia Bhatt intensely staring at the camera, with a mysterious creature in the backdrop. "Asli himmat woh hoti hai, jo darr ke bawajood bhi, jutaani padti hain," read the caption on Alia Bhatt's post. The poster featuring Alia, focuses on courage and fear.

The poster featuring Sanjay Dutt was the first one to be released on Monday. Sanjay Dutt has an angry look on his face, totally in contrast with the picture of Pooja Bhatt smiling in the backdrop. The caption on the poster read: "Teri bandook ki nalli mein mujhe jannat nazar aati hai."

Love is in the air for Aditya Roy Kapur's character in Sadak 2 or so we think, going by the caption on the post. Drastically different from Alia and Sanjay Dutt, Aditya Roy Kapur can be seen smiling in the poster, which was accompanied by these words: "Ishq Kamaal.. .Jis tan lagya, ishq kamaal."

Last week, the makers of the film shared the release date a long with a poster on social media.Sadak 2 will release on OTT platform Disney+Hotstar on August 28. It is one of the seven big films to release on the streaming platform.

Sadak 2, a sequel to Mahesh Bhatt's 1991 hit Sadak, was meant to release in theatres on July 10 earlier but because of the coronavirus pandemic, the film is releasing on an OTT platform. Sanjay Dutt and Pooja Bhatt have reprised their roles and Alia Bhatt, Aditya Roy Kapur, Jisshu Sengupta are the latest additions to the Sadak family.