"I should be home in a day or two," tweeted Sanjay Dutt 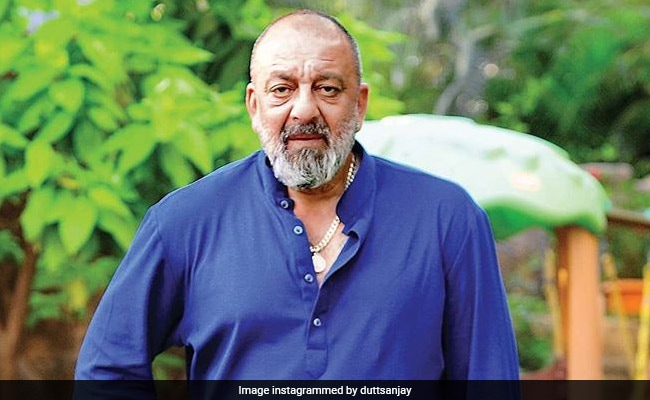 Actor Sanjay Dutt was admitted to Mumbai's Lilavati Hospital on Saturday evening after he complained of breathlessness. After the actor was hospitalised, a COVID-19 test was done which turned out to be negative. The actor, in a tweet, shared an update about his health and wrote: "Just wanted to assure everyone that I'm doing well. I'm currently under medical observation and my COVID-19 report is negative. With the help and care of the doctors, nurses and staff at Lilavati hospital, I should be home in a day or two. Thank you for your well wishes and blessings." The actor is currently living in Mumbai alone while his wife Maanayata is in Dubai with their children Shahraan and Iqra.

Sanjay Dutt's sister Priya Dutt also told news agency PTI that the actor will remain in the hospital till "he gets all of his tests done." She said: "He was admitted to Lilavati Hospital around 4.30-5 pm for regular check-up as he was feeling a little breathless. They did a COVID-19 test and the result was negative. We have kept him in the hospital so that he gets all of his tests done. He has gone for a full check-up. I think he will come home on Monday," reported PTI.

Sanjay Dutt was last seen in Ashutosh Gowariker's period drama Panipat, in which he co-starred with Arjun Kapoor and Kriti Sanon. The actor will next be seen in Mahesh Bhatt's Sadak 2, co-starring Alia Bhatt, Pooja Bhatt and Aditya Roy Kapur. The film is a sequel to the 1991's Sadak, which featured Sanjay Dutt and Pooja Bhatt in the lead roles and was directed by Mahesh Bhatt.

Sadak 2 will premiere on August 28 on Disney + Hotstar, where a number of films such as The Big Bull and Bhuj: The Pride of India will also release.