"I Will Be Back Soon": Sanjay Dutt Takes A Break From Work

"Hi friends, I am taking a short break from work for some medical treatment," wrote Sanjay Dutt 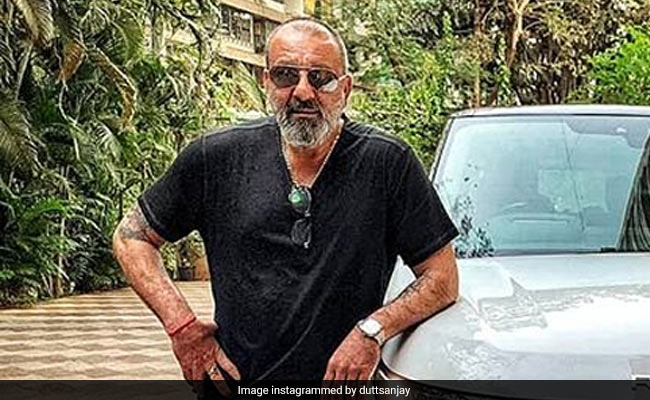 A day after Sanjay Dutt was discharged from Mumbai's Lilavati Hospital, the 61-year-old actor announced that he is going on a brief sabbatical because of health concerns. "Hi friends, I am taking a short break from work for some medical treatment," read an excerpt from the actor's post. Mr Dutt added that he is in the company of his close-ones and asked his fans to not engage in any sort of speculation over the actor's announcement: "My family and friends are with me and I urge my well wishers not to worry or unnecessarily speculate." While signing off his note, Sanjay Dutt promised: "With your love and good wishes, I will be back soon."

Sanjay Dutt was admitted to the Mumbai hospital on August 8 after he complained of breathlessness. He tested negative for COVID-19. Mr Dutt returned home from the hospital on August 10 after a two-day stay. On the day of his admission, Mr Dutt tweeted this from the hospital: "Just wanted to assure everyone that I'm doing well. I'm currently under medical observation and my COVID-19 report is negative. With the help and care of the doctors, nurses and staff at Lilavati hospital, I should be home in a day or two. Thank you for your well wishes and blessings."

On August 8, Sanjay Dutt's sister Priya Dutt told news agency PTI that the actor was getting a full check-up done at the hospital: "He was admitted to Lilavati Hospital around 4.30-5 pm for regular check-up as he was feeling a little breathless. They did a COVID-19 test and the result was negative. We have kept him in the hospital so that he gets all of his tests done. He has gone for a full check-up. I think he will come home on Monday."

Sanjay Dutt's wife Maanayata and the couple's twins Iqra and Shahraan are believed to be in Dubai, where they were from before the lockdown. Mr Dutt, who was unable to fly to Dubai because of the lockdown, celebrated his 61st birthday away from them in Mumbai. Trishala Dutt, Sanjay Dutt's daughter with former wife Richa Sharma, lives in New York.

Sanjay Dutt's new film Sadak 2, which was scheduled for a theatre release this month, will now release on OTT platform Disney+Hotstar among other big Bollywood movies. The actor was last seen in 2019 film Panipat.