Neetu Kapoor will be seen in the film alongside Varun Dhawan, Kiara Advani and Anil Kapoor 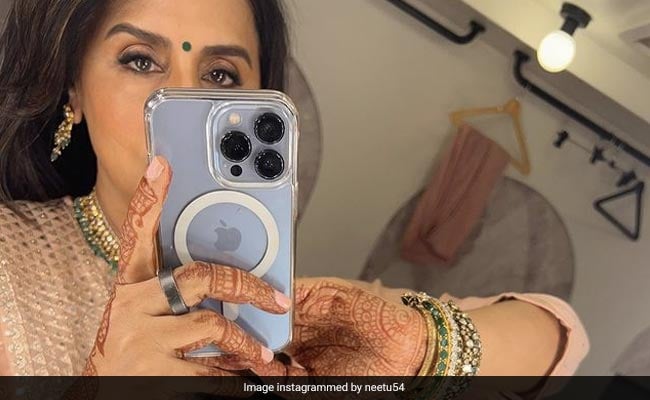 Neetu Kapoor, on Friday, wrapped up the shoot of the film Jug Jugg Jeeyo and said that she is thrilled to have been a part of the movie. Sharing a stunning mirror selfie on the occasion, Neetu Kapoor wrote that working on the film gave her a confidence boost which was the need of the hour for her. Dressed in a traditional Indian ensemble for the photo, the actress wrote, “Finally wrapped Jug Jugg Jeeyo...Was such a wonderful experience made some lovely friends and gained confidence which was so needed at that time...This movie will always be very special.”

Neetu Kapoor will be seen in the film alongside Varun Dhawan, Kiara Advani, Anil Kapoor, Prajakta Koli and Maniesh Paul. Reacting to the post, Kiara Advani, dropped a bunch of hearts and said, “You are very special.” Maniesh Paul too replied with heart emojis.

She also shared a photo with her team from Jug Jugg Jeeyo and wrote, “Will miss all of you.” 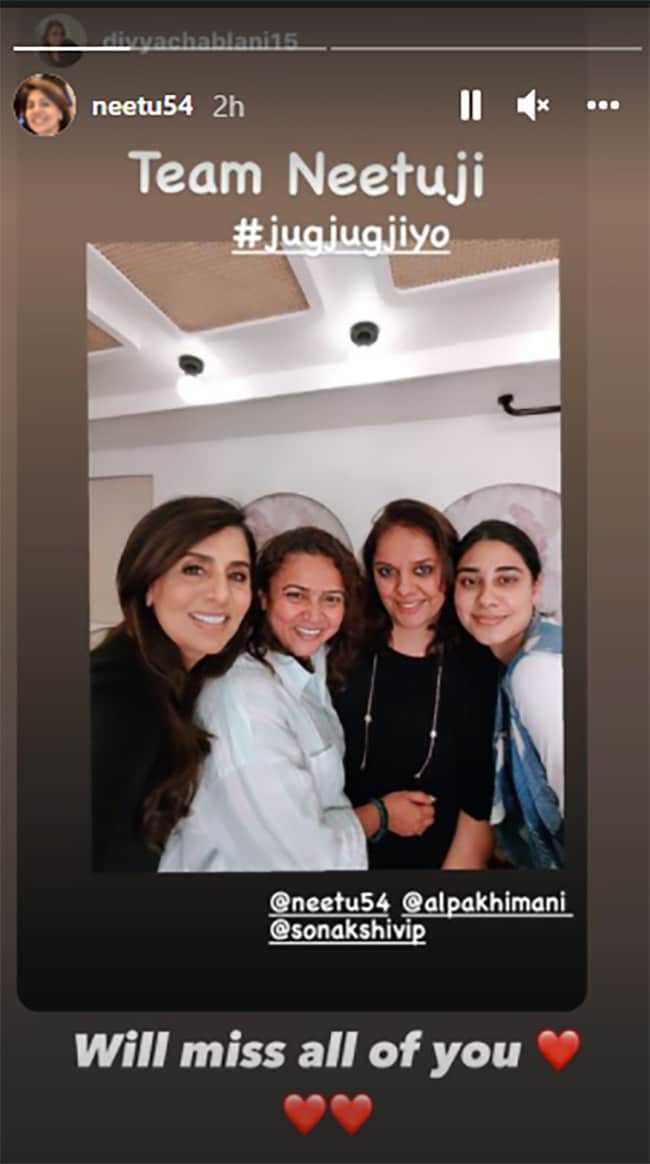 Neetu Kapoor's Instagram timeline often gives a peek into her life. From sweet birthday notes for her children to tributes to her late husband, actor Rishi Kapoor, Neetu Kapoor is at her candid best on social media. Take, for instance, the moving caption Neetu Kapoor penned on her husband's birth anniversary a few weeks ago. She wrote, “I learnt a lot from Rishi Ji during our last few traumatic years in NYC...How we celebrated when his blood counts were high...We dined shopped laughed...In his lows, we just stayed home watched TV ordered amazing food and still had some wonderful moments in hope that in the next round of chemotherapy he would be better. Hope and being strong is what he taught me...Value each day...We all miss him today. I can picture how excited he would have been for his 69th birthday. I am sure he is celebrating with his family up there. Happy birthday, Kapoor Saab.”

And recently, giving us a peek into her successful career in the 1970s and 1908s, Neetu Kapoor shared a throwback video that the Internet termed “gold”. She posted a clip of Amitabh Bachchan dancing in Yaarana and wrote that she had choreographed the bit seen in the video. “This montage from Yaarana is very special as I choreographed it,” she said.

Following Neetu Kapoor's appearance in the 2013 Ranbir Kapoor film Besharam, Jug Jugg Jeeyo will mark her return to the big screen. Meanwhile, which is your favourite Neetu Kapoor movie? Let us know in the comments.

When Rajkummar Rao Sang Maeri For Patralekhaa. See His Post