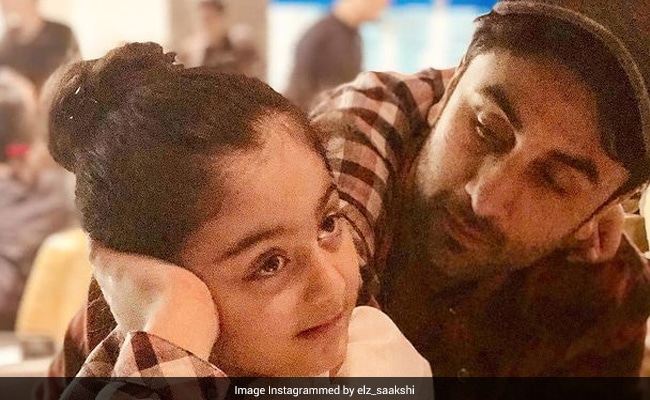 Riddhima Kapoor Sahni, who recently appeared on The Kapil Sharma Show with mom Neetu, shared some secrets about her family members. One such secret was about her daughter Samara, 10. During the show, when host Kapil Sharma asked Riddhima if any of her friends ever asked for her brother Ranbir's phone number, she revealed that her daughter Samara once thought of leaking his number to the girls in her school to win an election. "Friends nahi, beti ne kaha tha. Beti ko captain banna tha school mein. Bolti hai. 'Ranbir ka number leak karwa doon girls ko? Mujhe votes mil jayenge.' (Not my friends, but my daughter. She wanted to be a captain in her school and there were elections. She asked, Can I leak Ranbir's phone number to the girls? I will get a lot of votes)," Riddhima Kapoor said and added that she obviously refused.

She also revealed during the show  that when she was in London, her brother and actor Ranbir Kapoor used to take her things and gift them to his girlfriend. "Main London se wapis aayi, holiday ke time, and uski ek friend," to which Neetu Kapoor added, "girlfriend." Riddhima added, "Uski girlfriend ghar pe aayi. Usne ek top pehana tha aur mujhe laga yeh top nahi mil raha tha(His girlfriend came home one day wearing a top, and I was like I couldn't find this top. That's when I got to know he has been taking my clothes and gifting it to her)."

Riddhima Kapoor Sahni, who is a Delhi-based jewelry designer, has been staying with her mother in Mumbai since the death of her father in 2020. She is the daughter of Bollywood veterans Neetu and the late Rishi Kapoor.