"From 10 To 81, He Breathed And Lived Film": Jaaved Jaaferi's Emotional Tribute To Dad Jagdeep

"From the most natural child actor I have witnessed in Hindi cinema to a sensitive leading man, he never failed to entertain and amaze," wrote Jaaved 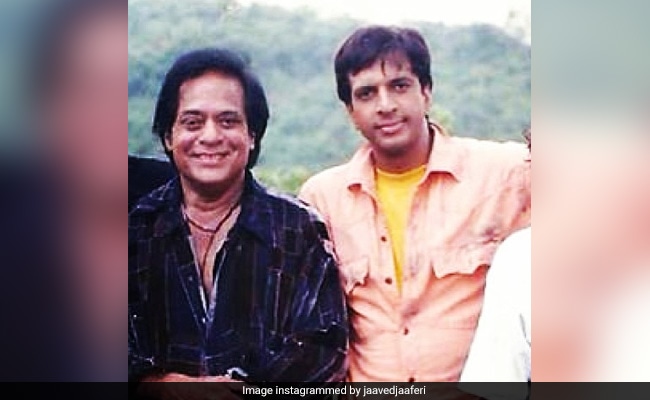 "To the man I called 'papa' and who the world knew by his various avatars, salaam! Aapka naam Soorma Bhopali aese hi nahi tha!" wrote Jaaved Jaaferi in a heart-wrenching tribute to his father, veteran actor Jagdeep, on Sunday. Jagdeep, who was best-known for playing the role of Soorma Bhopali in Amitabh Bachchan and Dharmendra's 1975 superhit Sholay, died due to age-related issues on Wednesday at his Mumbai residence. He was 81. Remembering his father, Jaaved wrote an emotional note on Twitter, in which he shared many aspects of Jagdeep's life - from his journey in Bollywood to the love and respect he received in the film industry from prominent actors and filmmakers such as Guru Dutt, BR Chopra, Dilip Kumar, Amitabh Bachchan. Rajesh Khanna, Amrish Puri and many others.

Jaaved started his note with these words: "My heartfelt thanks to all who shared the pain of my father's departure with so much love, appreciation and regret. Itna pyaar...itni izzat...itni duaein. Yahi toh hai 70 saalon ki asli kaamai."

He then shared how his father, who started his journey in the film industry as a child artiste struggling with poverty, became one of the iconic stars of Bollywood. "From 10 to 81, all he breathed and lived was film. After losing his father at 7 and losing everything else that existed of a good life after the partition (1947), it was a head-to-head combat with poverty and survival on the footpaths of Mumbai. An 8-year-old with his mother thrown head first into the ruthless ocean called Mumbai. It was either sink or swim. So, he swam. From working in small scale tin factories to making kites, selling soaps, to walking behind a maalishwalah holding his canister of oil and shouting, 'Maalish, tel maalish.' At the age of 10, what destiny choose for him, as the light at the end of the tunnel, was cinema."

"The journey began with BR Chopra sahab's first film Afsana (shot in 1949 but released in 1951) and as the adage goes, 'a journey of a thousand miles starts with a single step,' there was no looking back. His father figures and guides were the likes of Bimal Roy, Guru Dutt, Mehboob Khan and K Asif. From the most natural child actor I have witnessed in the Hindi cinema to a sensitive leading man, to the craziest improv comedian with impeccable timing in latter years, he never failed to entertain and amaze. The best of directors, producers and co-stars like Dilip Kumar, Guru Dutt, Balraj Sahni, Kishore Kumar, Sunil Dutt, Ashok Kumar, Johnny Walker, Mehmood, Helen, Raj Kapoor, Dev Anand, Shammi Kapoor, Leela Mishra, Feroze Khan, Dharmendra, Jeetendra, Shatrughan Sinha, Rekha, Rajesh Khanna, Vinod Khanna, Amitabh Bachchan, Anil Kapoor, Rishi Kapoor, Om Puri, Amrish Puri, Sridevi and many more, were and are, full of love and praise for him," he added.

Jaaved also wrote about the many precious things that Jagdeep taught him as a father: "The word 'legend' is thrown around freely these days but in his case, it is so amply justified. A father who taught me the values of life, the lessons of poverty, the importance of dedication and the finesse of craft, with innumerable stories of positivity and inspiration. Always smiling, with words of encouragement for all, and reminding me that true success is gauged by what one 'is' and not what one 'has,' and by 'what' one knows and not 'who' one knows. What a man! What a journey!"

My heartfelt thanks to all those who shared the pain of my fathers departure with so much love, (cont) https://t.co/IS8nUYYe8i

Jagdeep was known for playing comic roles in movies. He appeared in around 400 films, including his memorable role as Soorma Bhopali in Sholay. Jagdeep's other major roles were in Andaz Apna Apna, Khilona, Brahmachari, Purana Mandir, Phool Aur Kaante, among many others.