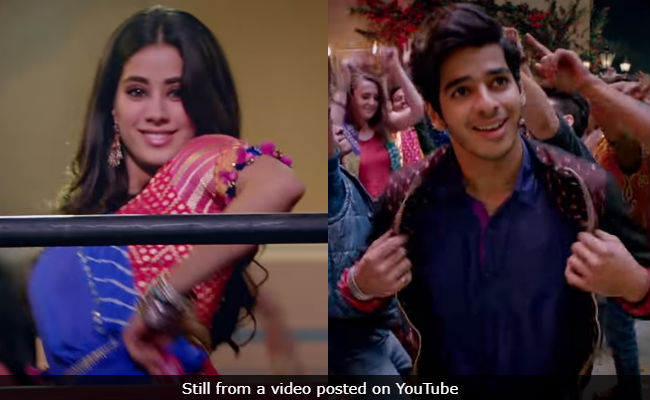 Farah Khan came out of her choreographic retirement for Janhvi Kapoor and Ishaan Khatter's Zingaat (from Dhadak) and she said that it was "worth it." Zingaat is a revamped version of a Marathi song by the same name, which originally featured in Sairat, the film which has been remade into Dhadak. Farak Khan shared a post about Zingaat and said: "Worth coming out of Choreographic retirement for." Before Zingaat, Farah had choreographed Shah Rukh Khan and Kajol in Dilwale song Gerua (2015). But she did not stop at Zingaat and also worked with team Veere Di Wedding for Tareefan.

Worth coming out of Choreographic retirement for!! #Zingaat@karanjoharhttps://t.co/3MO1aYVDy4

Zingaat had over 2 lakh views in less than an hours and it's all over the trends list. Safe to say, Zingaat redux, picturized on Janhvi and Ishaan, is winning the Internet.

Liked Ishaan Khatter's energetic dance moves? Well, being a former Shiamak Davar student has its advantages. Ishaan Khatter stole the show from Janhvi with his fabulous execution of dance moves choreographed by Farah Khan. We also like Janhvi, but Ishaan's the one who really got in the Zingaat mood today.

Promoted
Listen to the latest songs, only on JioSaavn.com
Dhadak is Ishaan's second film after Majid Majidi's Beyond The Clouds while it is Janhvi Kapoor's Bollywood debut. Dhadak is directed by Shashank Khaitan, who said that his film shares basic elements with Sairat but it is set in a different social milieu.