Dhadak Song Zingaat: Janhvi Kapoor's Expressions Are Charming, Yes, But It's Ishaan Khatter You Want To See All Through

Janhvi and Ishaan seal Zingaat with a kiss, a glimpse of which is also there in the trailer 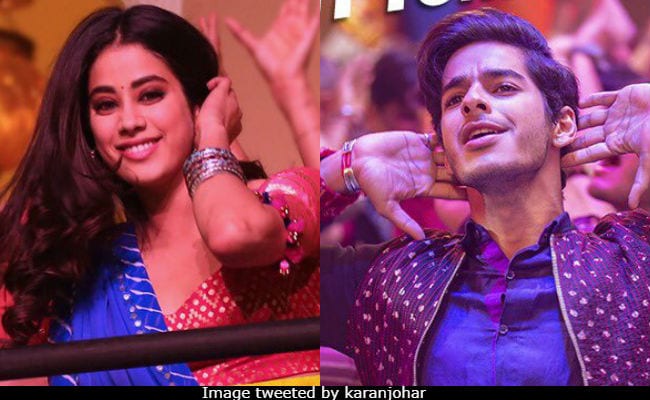 The lyrics of the Hindi version of Zingaat, the second song from Janhvi Kapoor and Ishaan Khatter's Dhadak is so fresh and fun! Courtesy, Amitabh Bhattacharya, who has helped the team transform the massively popular Marathi song in Hindi. The song has been sung by musician duo Ajay-Atul, who too have done a brilliant job. But guess who steals the show in the much-awaited song? It's Ishaan Khatter, hands-down, bro. One may argue that Janhvi Kapoor is also killing it with the perfect expressions of a bona-fide Bollywood heroine - yes, there's no denying that. But oh boy, Ishaan surely sets the dance floor on fire and how!

Not a single beat is missed as an energetic Madhukar (Ishaan Khatter) lets his heart guide him through the birthday celebrations of Janhvi's onscreen father Roop Singh (played by Ashutosh Rana). From chhichhora-panthi and flirting to sheer joy and nervousness, Ishaan delivers all the required expressions and antics of a moonstruck youngster as he goes zing... zing... zingaat throughout the song. Parthavi (played by Janhvi) and her friends, who are confined to the first floor balcony, also join the fun fest and attempt to match steps to all the crazy dancing happening in the courtyard, courtesy Madhu.

Dhadak is Janhvi's debut film while Ishaan is one-movie old already. Directed by Shashank Khaitan, it is the Hindi remake of the critically acclaimed Marathi movie Sairat. Dhadak releases on July 20.