"I try to share the same values with my children," wrote Sanjay Dutt 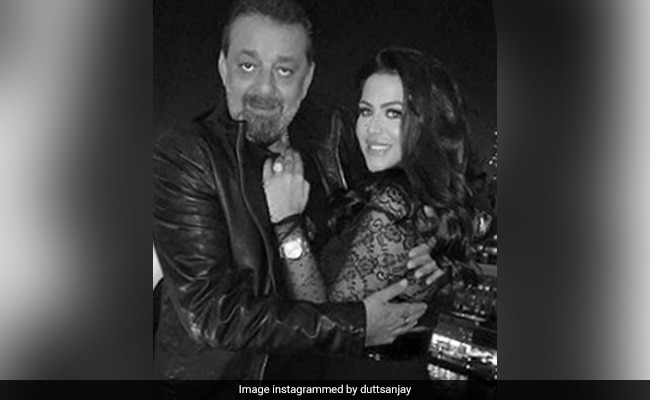 On Father's Day, Sanjay Dutt shared a special picture collage on Instagram. It features a greyscale photo of Sanjay Dutt with late father Sunil Dutt. Another shot happens to be a relatively recent picture with his kids Shahraan and Iqra. The third shot is that of Sanjay Dutt with his daughter Trishala. Along with the pictures, the actor added an equally adorable caption that read: "Dad you've always taught me to treat everyone equally, to give them love and respect and to be a kind person. I try to share the same values with my children as you've always been my ideal. Happy Father's Day." In the comments section, Trishala Dutt wrote: "Happy Father's Day Daddy. I love you more than you will ever know." 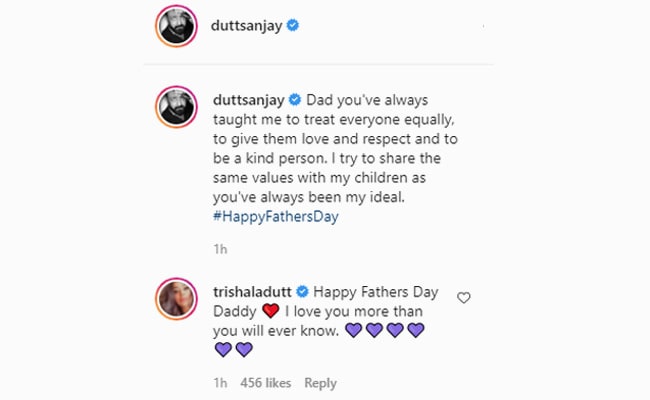 This is what Sanjay Dutt posted:

Trishala is the daughter of Sanjay Dutt and his first wife Richa Sharma, who died of brain tumour. Trishala was raised by her maternal grandparents in USA, where she currently stays. Her father Sanjay Dutt is now married to Maanayata. They got married in the year 2008 and the couple are parents to twins Shahraan and Iqra, 10.