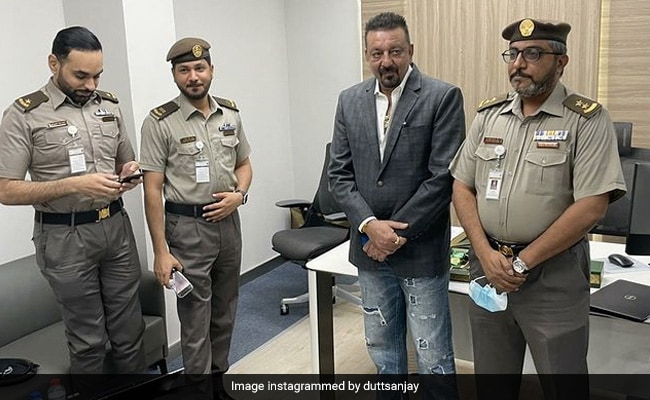 Sanjay Dutt and his daughter Trishala occupied a spot on the list of trends on Thursday, courtesy the actor's latest post. Sanjay Dutt recently received a golden visa for the United Arab Emirates (UAE)and shared the good news with his fans on Instagram on Wednesday. Sanjay Dutt's wife Maanayata and their kids Shahraan and Iqra live in Dubai. The actor spends most of his time with his family in Dubai if not busy with work commitments. "Honoured to have received a golden visa for the UAE in the presence of Major General Mohammed Al Marri, Director General of GDRFA Duvai. Thanking him along with the UAE government for the honour," wrote Sanjay Dutt in his caption.

However, it is his daughter Trishala's comment on his post that has gone viral. Reacting to her dad's pictures, Trishala commented: "You look amazing Daddy! I love you!"

And here's what Trishala Dutt commented:

On Holi in March, Sanjay Dutt shared glimpses of his celebrations with his family in Dubai. "Keep the celebrations at home this year for the safety of your loved ones," he captioned his post.

Meanwhile, check out some more pictures of the actor and his family from their Dubai diaries:

Sanjay Dutt's last film was Sadak 2, which also starred Alia Bhatt and Aditya Roy Kapur. The actor will next be seen in KGF: Chapter 2, a sequel to blockbuster KGF. He also has Bhuj: The Pride Of India and Prithviraj lined up.