On Sunil Dutt's Death Anniversary, Sanjay Shares That His Dad Was "Everything To Him" 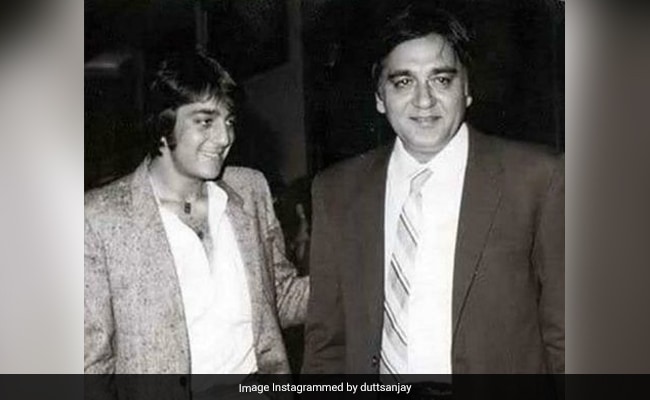 On dad Sunil Dutt's death anniversary today, actor Sanjay Dutt remembered him with a throwback gem and an emotional note on Instagram. Sunil Dutt died of heart attack at the age of 75 at his Bandra home on May 25, 2005, one year before Sanjay Dutt completed his jail term for illegally possessing arms. Sunil Dutt was one of the most famous actors of the Sixties and the Seventies. Sharing a black and white memory of his father, Sanjay Dutt wrote: "A parent, an idol, a friend, a mentor - you were everything to me. Love you Dad, miss you."

On Sanjay Dutt's post, his daughter Trishala dropped red heart icons while his best friend Paresh Ghelani, whose role was portrayed by Vicky Kaushal in the Sanjay Dutt biopic, commented: "Miss you Dad! Mahatma of his days. Wish he had few more years to make even more an impact on a common citizen that usually is overlooked! Love you and miss you immensely!"

Sunil Dutt was married to actress Nargis. The duo were parents to Sanjay Dutt and daughter Priya. Sunil Dutt was critically acclaimed for his performances in films like Mujhe Jeene Do, Khandan, Yaadein (which he also directed), Milan and Mother India.

In March, Sanjay Dutt shared this beautiful picture to mark their wedding anniversary:

The actor will next be seen in KGF: Chapter 2, a sequel to blockbuster KGF. He also has Bhuj: The Pride Of India and Prithviraj lined up.