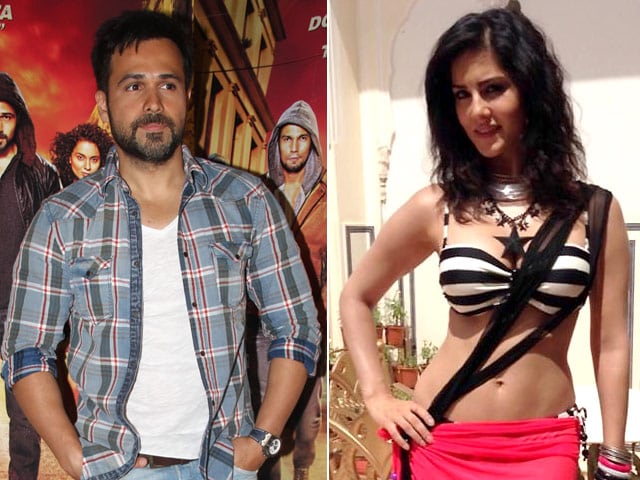 This image was posted on Twitter by Sunny Leone

Mumbai: Actor Emraan Hashmi denies that he refused to work with actress Sunny Leone for a special song in Ungli. In fact, he says he'd like to work with her if given a chance.

Emraan had reportedly turned down an offer to share screen space with Sunny.

"I have never refused to work with Sunny Leone. They were all rumours. When they (the filmmakers) approached Sunny Leone, our dates were not matching. And because of date issues, we launched eight new girls for the title track of Ungli," he said.

"In future if I get a good script, I would like to work with her (Sunny)," Emraan added.

Promoted
Listen to the latest songs, only on JioSaavn.com
Asked why the film is not being promoted on a large scale, he said: "I don't know about the promotions, I am doing my best. I'm giving my dates from my busy schedule."