"YOLO" - This is how Mira Rajput summed up the third stage 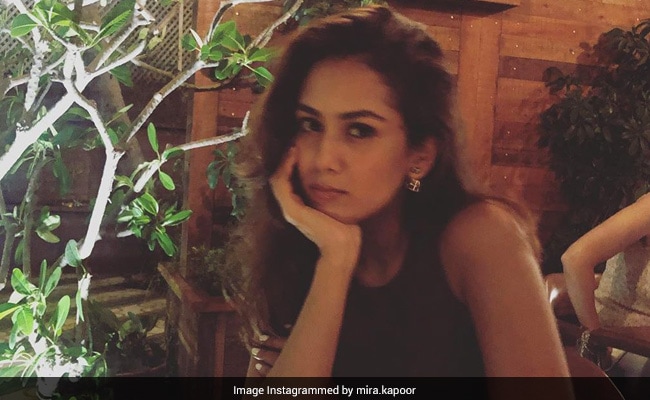 Mira Rajput's love for food has been a recurring topic on her Instagram profile recently. After beginning her week with a post highlighting her love for dimsums from her favourite eatery in Mumbai, she now shifted her focus to something sweet. Mira shared three pictures of herself with three different expressions to sum up the stages of waiting for a cake and consuming it all by yourself, because "YOLO." In the first picture, Mira can be seen posing for the camera. In the second one, she can be seen hiding her face with her hands and in the last photograph, Mira switched back to her initial position. This is what she wrote in her caption: "1. Waiting for cake. 2. Did I really eat the whole cake 3. YOLO."

On Tuesday, Mira Rajput shared a throwback picture of herself along with her husband Shahid Kapoor from a café in Mumbai and she wrote in her note: "Dear Yauatcha, I miss you. I know we had to break up all of a sudden, but the lack of your warm fluffy dimsums isn't doing me any good. I tried, but it seems like life is better with you. Let's get back together?" She added the hashtags #longdistancerelationship and wrote: "I promise Shahid Kapoor won't mind."

Dear Yauatcha, I miss you. I know we had to break up all of a sudden, but the lack of your warm fluffy dimsums isn't doing me any good. I tried, but it seems like life is better with you. Let's get back together? #longdistancerelationship I promise @shahidkapoor won't mind @yauatchamumbai

Mira Rajput and Shahid Kapoor had a close-knit wedding in 2015 with only family and friends in attendance at a Delhi farmhouse. They hosted a party in the evening and later had a wedding reception in Mumbai for Shahid's friends from the film fraternity. The couple are parents to a daughter named Misha and son Zain.

Shahid Kapoor was last seen in the 2019 super hit film Kabir Singh, co-starring Kiara Advani, which was a remake of the Sandeep Reddy Vanga-directed Telugu film Arjun Reddy. His next project is Jersey, a Hindi remake of the Telugu film of the same name. Gowtham Tinnanuri, who directed the original movie, is also helming the Hindi version.