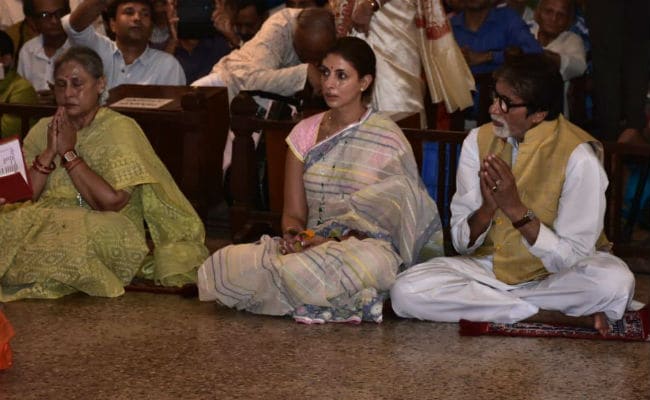 Amitabh Bachchan with his wife Jaya Bachchan and daughter Shweta.

Here are pictures of the Bachchans paying obeisance to Maa Durga on Durga Ashtami. The Bachchans arrive at a pandal in Khar, Mumbai 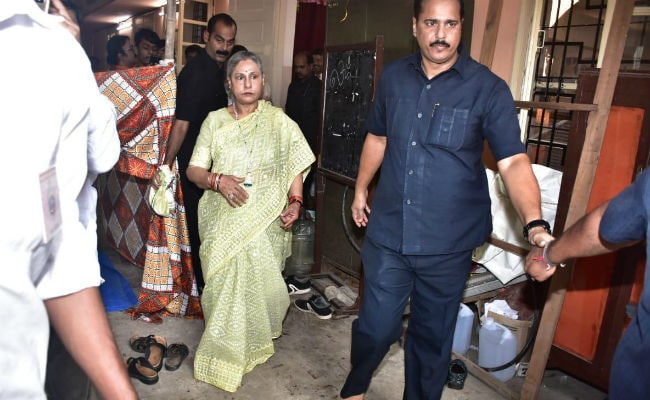 Jaya Bachchan navigated her way through the paparazzi 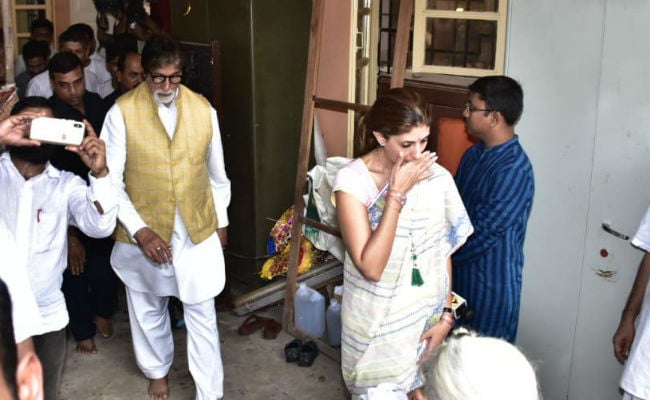 Amitabh Bachchan and Shweta were not far behind 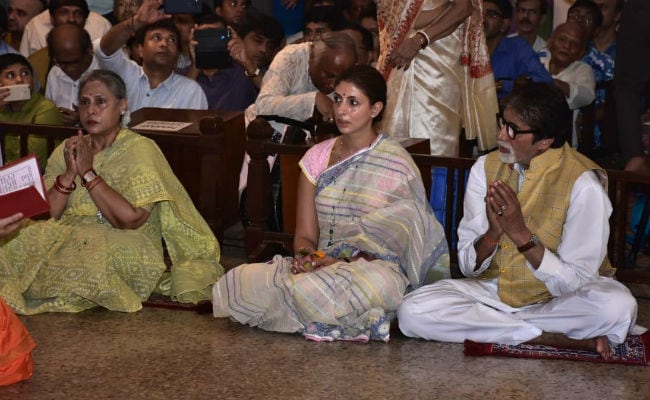 The Bachchans inside the pandal during the puja

The Bachchans are a busy lot. On the work front, Amitabh Bachchan is awaiting the release of Yash Raj Films' Thugs Of Hindostan, which opens in theatres around Diwali next month. The Vijay Krishna Acharya-directed film also stars Aamir Khan, Katrina Kaif and Fatima Sana Shaikh. Apart from the trailer, the first song of Thugs Of Hindostan, titled Vasmalle (which released online on Tuesday) is breaking the Internet.

Meanwhile, Shweta Bachchan Nanda was also spotted at the Kuch Kuch Hota Hai special event, which she attended along with her brother Abhishek Bachchan. Shweta also attended an after party hosted at Karan Johar's home. Shweta recently became a published author - her first novel, titled Paradise Towers, hit the bookshelves a day before her father's birthday on October 10. The book was launched by Karan Johar and Shweta's parents at an event in Mumbai last week.