"Was so excited to do a song with Mr Bachchan, that for the 1st time in my career I have enjoyed dancing," wrote Aamir 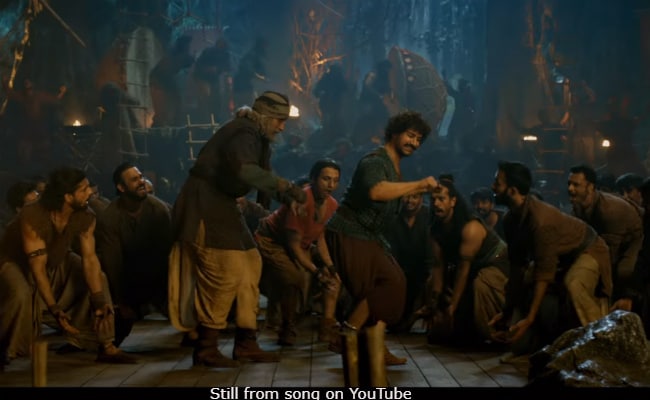 Aamir Khan, no nervousness now, eh? The 53-year-old actor, who previously confessed to being extremely nervous about working with Amitabh Bachchan in Thugs Of Hindostan, admitted that he 'had a ball' during the shoot of Vashmalle - the first song of the film to be released. Aamir, who tweeted the song on Tuesday afternoon, wrote: "Was so excited to do a song with Mr Bachchan, that for the 1st time in my career I have enjoyed dancing!" A look at Vashmalle will reveal that Aamir Khan indeed had fun - Big B and Aamir, who play the roles of Khudabaksh Azad and Firangi Mallah respectively, set the floor on fire.

Was so excited to do a song with Mr Bachchan, that for the 1st time in my career I have enjoyed dancing!!! Had a ball :-)https://t.co/Rd8g5rp8yN#ThugsOfHindostan | @yrf | @TOHTheFilm | @SrBachchan | #KatrinaKaif | @fattysanashaikh

The song begins with lyrical introductions to Khudabaksh and Firangi's character - while Big B plays the thug commander of the seas, Aamir features as a conman, who joins Khudabaksh's army only to rat them out to the East India Company. There are glimpses of Firangi's true intentions in the song while Khudabaksh is still oblivious of Firangi's actual identity and plan.

The song also offers a sneak peek of the magical chemistry that Aamir Khan and Amitabh Bachchan are going to spin onscreen - Thugs Of Hindostan marks their first film together. Composed by Ajay-Atul, Vashmalle has been sung by Sukhwinder Singh and Vishal Dadlani.

Thugs Of Hindostan is touted to be the first Bollywood film to adapt the thuggee theme on the big screen. Set in the 1795, the film follows the adventurous story of a gang of thugs' battle against the East India Company for free India.

Directed by Vijay Krishna Acharya, Thugs Of Hindostan is all set to hit screens on Diwali.