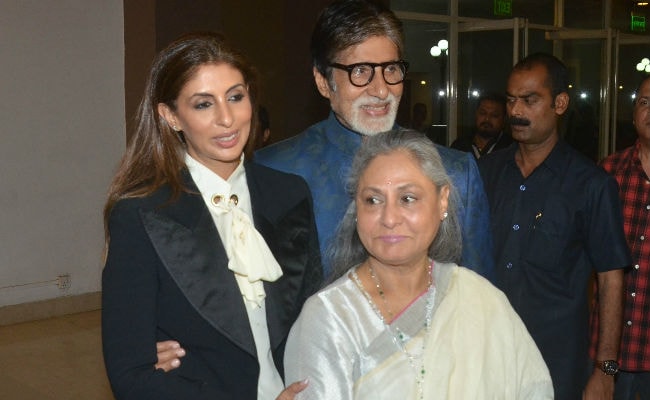 Amitabh Bachchan with Shweta and Jaya Bachchan at a book launch event in Mumbai.

Amitabh Bachchan's daughter Shweta Bachchan, who is now a published author, helps the actor pick the right projects, reports news agency IANS. Speaking at an event to launch Shweta's first novel, titled Paradise Towers, Mr Bachchan, today 76, said that Shweta has a knack for accurately predicting a film's outcome based on the script. "Many times, we discuss the outcome of a film that I may have done or a film that she may have seen. I have to say that she is always been right. When she says the film is going to do well, it does well and when she says it's not going to do well, it doesn't. So many times, I have begun to share some of my scripts with her," IANS quoted Mr Bachchan as saying.

"I am afraid, I couldn't do that earlier and I want an excuse for that but recently though she has been extremely helpful and very perceptive in giving me ideas and thoughts on what I was working on," Big B added. 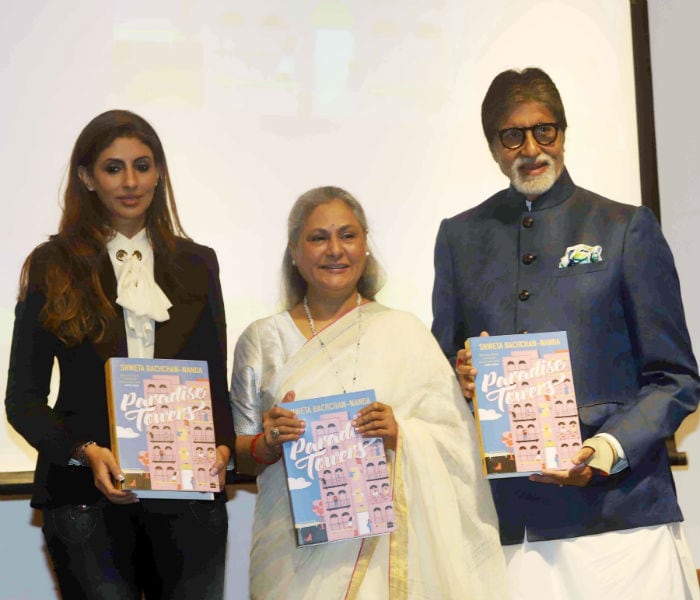 The Bachchans at Shweta Nanda's book launch event in Mumbai

Shweta Nanda is the elder of Amitabh Bachchan and Jaya Bachchan's two children. Her brother Abhishek is also an actor and he is married to actress Aishwarya Rai Bachchan. Shweta's only acting credit is a recent advertisement with Big B, who told reporters at the event that Shweta is the 'best actor in the family.' He said: "She really is the best actor in the family. She is also very perceptive about observations and I do rely on her many a times as just a rest of the family on many incidents that may happen within the city, home, country and world. She has an opinion."

Shweta Bachchan Nanda launched the book on the eve of her father's birthday. Jaya Bachchan, who was also present at the event, told reporters that she always knew that Shweta would become a writer and said: "It was a mother's instinct. I think she is very inspired by Karan Johar's screenplay writing because the way he does the detailing of his characters in films, is what Shweta has done in this book."

Amitabh Bachchan is currently awaiting the release of Thugs Of Hindostan.