Not Aishwarya Or Abhishek, Amitabh Bachchan Says The 'True Actor' Of His Family Is Daughter Shweta

Shweta Bachchan Nanda is a fine mimicry artiste, according to Amitabh Bachchan 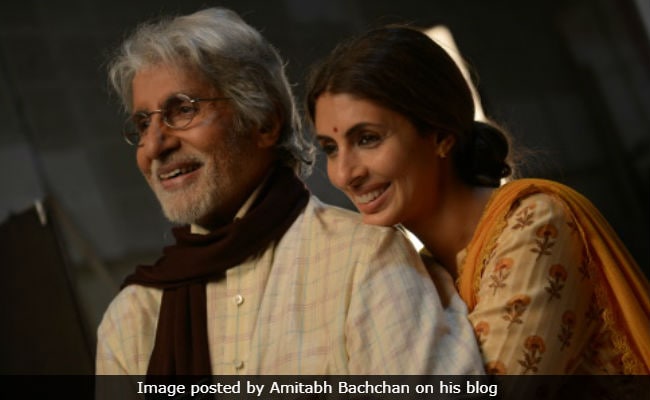 Amitabh Bachchan with Shweta in an advertisement. (Image courtesy: Tumblr)

New Delhi: As Amitabh Bachchan's daughter Shweta gears up for her advertisement debut, the 75-year-old actor told news agency IANS that Shweta is the "true actress" of the Bachchan family. Big B spilled the beans on Shweta and told IANS: "I know she won't admit it but she is very good. She does fantastic mimicry. Anywhere we go, some incident happens, she will mimic everybody exactly to the point. She is a good actress." Recently, photos of Amitabh Bachchan and Shweta shooting for an advertisement of a jewellery brand went viral. Shweta, who is married to businessman Nikhil Nanda, told IANS that she has no plans to pursuit a career in acting and she did this ad for the jewellery brand, which Mr Bachchan and his wife Jaya Bachchan has endorsed previously.

"No. I don't plan on taking acting as a career... It's not a career. The only reason I am doing this is for Kalyan Jewellers. I think most women enjoy wearing jewellery and as a designer I also enjoy the process of designing it... and I enjoyed myself on the sets. It was great spending an entire day with my father," Shweta told IANS.

Daughters be the best ..

Did Amitabh Bachchan give any advice to Shweta on how to face the camera, the 102 Not Out actor said: "When we are in front of the camera enacting a particular scene, then we are in a character. Just like with any other artiste on the set, you want to exchange views and points or sometimes just like keep telling her... She is facing the camera for the first time so I can say a few things to make her feel comfortable or an advice. I don't know whether she has taken some advice. I am incapable of giving advice."

Now acting may not interest Shweta but she did take her grandfather, poet Harivanshrai Bachchan's legacy forward. Shweta's first novel, titled Paradise Towers, releases in October. "I have been reading her columns. She has a very natural flare of writing. Now, she has written an entire book which I am yet to read... I am very proud of the fact that she is writing because then it's a hereditary continuation from my father to her. I feel very proud of her. I wish she continues to write," said Amitabh Bachchan.