Director Anubhav Sinha Wants To "Disappear" After Thappad. Here's Why

"The last time I started getting thousands of good words was after the release of Article 15. I ran away to Gulmarg," said Anubhav Sinha 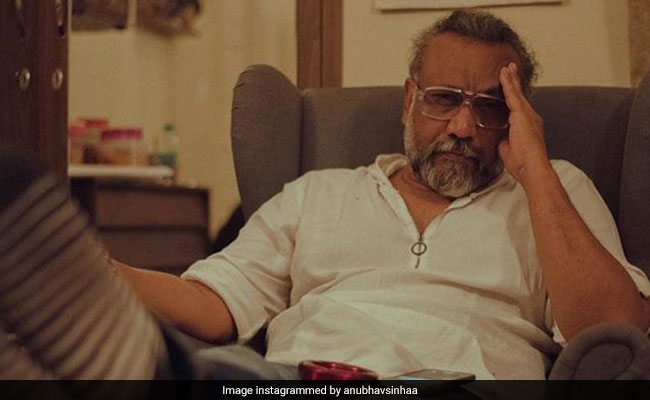 "It is not easy to deliver a good film," said Anubhav Sinha (courtesy anubhavsinhaa)

Taapsee Pannu's latest release Thappad has won critical acclaim as well as positive response from the film fraternity. The film has started a conversation on domestic violence from an entirely new perspective among niche viewers, and director Anubhav Sinha feels overwhelmed by all the love.

"The last time I started getting thousands of good words was after the release of Article 15. I ran away to Gulmarg, to the mountains where there was no network! I get scared of such love where people come out of the theatre and say, 'This is the best work of Anubav Sinha till date'. I feel the pressure and wonder what will I do next. Now I think I cannot deliver anything that is average," Sinha told IANS.

He added: "It is not easy to deliver a good film and take the expectation of the audience one level higher every time. I am overwhelmed and pressured. I cannot deal with so much love! Thank you so much (to the audience) but I want to disappear!" the filmmaker said, with a deep breath.

At a pre-release screening for select media, Sinha had said his last three releases - Mulk, Article 15 and Thappad - define a discrimination trilogy of sorts, representing oppression on grounds of religion, caste and gender respectively.

Did he ever imagine he could one day narrate a Bollywood film entirely around a slap? "This is a fantastic time for us, storyteller. When I started my career in television, there was a certain type of stories that were told. Who would have thought that one day I would get a chance to make a film on a story that is based on nothing, just a slap - a habit or practice that has been normalised for so long that if the woman gets upset over it, society says she is 'over-reacting'. I would say that the credit goes to audience who has given us the confidence to tell stories and raise questions on a subject that matter to us, that too in mainstream space."

On the co-existence of a variety of cinema and on how every film is finding an audience, he said: "Just look at these past three weeks. On February 21, a film like Shubh Mangal Zyada Saavdhan released, which is a gay love story. Next released my film Thappad and in the coming Friday, a commercial Bollywood formula film like Baaghi 3 is releasing. We all have our diverse audience."

Not long back, Sinha took a stand against CAA and student violence at the Jawaharlal Nehru University in Delhi. Along with several intellectuals and common citizens, he hit the road to be part of a peaceful protest.

Being a filmmaker, what kind of responsibility does he feel he owes to society, beyond the films he makes? "There is a difference between an activist and a celebrity and filmmaker. Do not take us that seriously! I am a responsible, opinionated citizen who raises questions on things that matters through his cinema. It is that simple. I want people to start a conversation and ask a question after watching my film. That is it. We (filmmakers) really do not have a responsibility beyond that. We only try to inspire people positively," Sinha signed off.