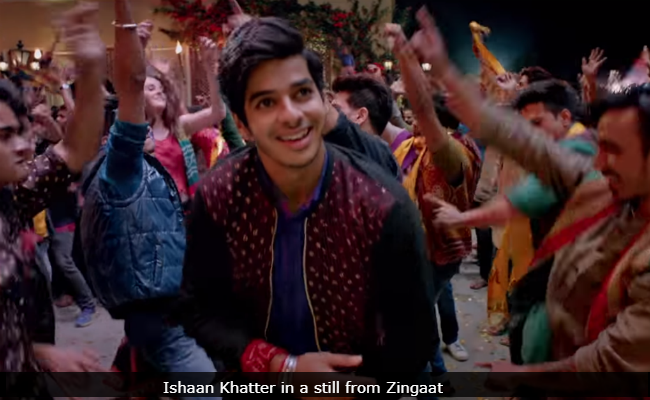 Ishaan Khatter in a still from Zingaat. (Image courtesy: YouTube)

Zingaat redux, which saw Ishaan Khatter and Janhvi Kapoor, setting the dance floor on fire, released last week and it was pretty viral. The song opened to mixed reviews - while some praised the recreated version of Sairat's song others thought that the song was nowhere close to the original. What followed next was a series of memes comparing the two songs. On Friday, Ishaan Khatter's former dance guru Shiamak Davar defended Zingaat redux and told mid-day: "I really liked the video." Shiamak came to his student rescue and added: "Ishaan, being a natural dancer, sets the tone of the song. He is a genuine actor and is made for big things."

Take a look at some of the memes here:

According to Shiamak Davar, Ishaan is not merely a talented actor and dancer but he was also a good student. Shaimak recalled how the actor exhibited extremely professional behaviour when he was undergoing year-long intensive training at his dance institute. "He's dedicated, and I'm glad that the world can see how talented he is. When he would come to class, he never behaved differently due to his relation with his brother (Shahid Kapoor). He would interact with his batch mates; learn willingly, with genuine interest. Even today, every time before a release, he always messages and seeks my blessings," mid-day quoted him as saying.

Zingaat 2.0 has been choreographed by Farah Khan, who especially came out of her "choreographic retirement" for this track. The song released last week and has over 37 million views on YouTube.

Take a look at the song here:

Dhadak is a remake of the 2016 Marathi film Sairat. Directed by Shashank Khaitan, the film has been produced under Karan Johar's Dharma Productions. Dhadak will hit the screens on July 20.