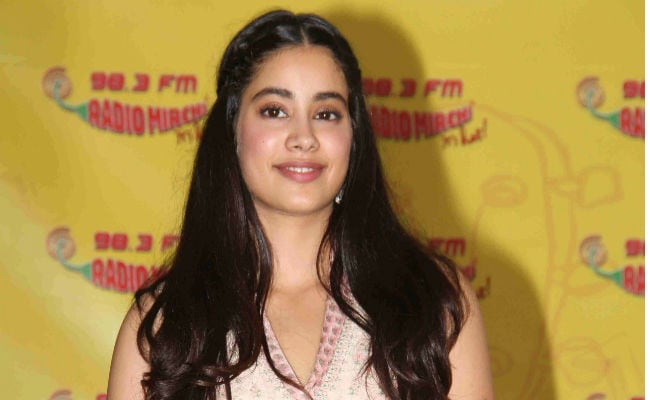 Janhvi Kapoor at the launch of song Zingaat

When Zingaat was first released as a part of Marathi movie Sairat in 2016, it became an instant favourite. Much like its original track, people can't stop raving about the recently-released Hindi version of Zingaat, which is part of Sairat's official Hindi remake Dhadak and features Janhvi Kapoor and Ishaan Khatter. When the actress was asked about her filmmaker father Boney Kapoor's reaction to the song, Janhvi said: "He is very happy with the response for this song. He actually updates me that the song is trending and it has got large amount of views on various digital and social media platforms," Janhvi Kapoor told IANS. Zingaat garnered over 19 million views within two days of its release, while its Marathi version has over 119 million views so far.

Janhvi Kapoor, who will debut with Shashank Khaitan's Dhadak, was asked whether Boney Kapoor shared acting tips with her and this is what she said: "Papa did not give me any acting tips, but love, encouragement and a lot of support. So I think that is more than enough."

Speaking of the significance of Zingaat in the film, Janhvi said: "This song is very important in terms of the story-line and characters of the film."

In her interview to PTI, Janhvi Kapoor said: "There was no pressure. We wanted to make a good song, something that is true to our film but we didn't take any pressure. We were trying to play our characters, trying to make our director happy and listening to Farah Khan (choreographer) ma'am."

Sairat was a Marathi blockbuster, which starred Rinku Rajguru and Akash Thosar.

Promoted
Listen to the latest songs, only on JioSaavn.com
Dhadak will hit screens on July 20.